You are here: Home » Articles filed under: 'News' » Article: 'Ethiopian sacred tabots – symbolic of the Ark'

October 7th, 2022 | Browse other: News. | Tagged with: Ethiopian government was calling for the restitution of the abbey’s tabot, Ethiopian sacred tabots - symbolic of the Ark of the Covenant | 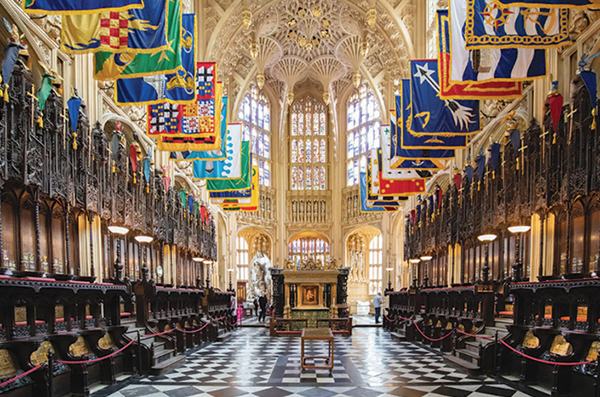 The Lady Chapel at Westminster Abbey, which has held the tabot for more than 150 years, hidden from view since 2010. Photo: Tony French/Alamy Stock Photo.

Westminster Abbey, which is directly under the monarch’s jurisdiction, currently refuses to return the holy tablet

George Carey, a former Archbishop of Canterbury, has told The Art Newspaper that he is “astonished and saddened” that Westminster Abbey is refusing to return a sacred tabot to Ethiopia. For the Ethiopian Orthodox Church, a tabot is a holy tablet that symbolically represents the Ark of the Covenant.

London’s Westminster Abbey is what is known as a Royal Peculiar, which puts it directly under the monarch’s jurisdiction. This means that returning the tabot might well require the blessing of the monarch, the supreme governor of the Church of England.

In July 2018 The Art Newspaper revealed that the Ethiopian government was calling for the restitution of the abbey’s tabot. Although King Charles III will now be dealing with a myriad of pressing issues, he is known to be sympathetic towards the Eastern Churches. More than 150 years after its acquisition, an appeal to the new king for the return of the tabot might finally prove successful.

Westminster Abbey’s tabot was looted at the battle of Maqdala (Magdala) in 1868, when British troops attacked the forces of emperor Tewodros. The tabot was then acquired by Captain George Arbuthnot of the Royal Artillery.

Arbuthnot donated the tabot to the abbey. Two years later a new altar was commissioned for the Henry VII Lady Chapel. The dean inserted the tabot into the back of the altar, where it remained visible, along with two other sacred objects: fragments from the high altar of Canterbury Cathedral and the leading Greek Orthodox church in Damascus.

The Ethiopian Church has a strict belief that tabots should not be seen, other than by priests. In 2010 the abbey therefore added a covering so that its tabot is no longer visible behind the altar. Today a ghost-like rectangle where the front of the tablet could once be viewed can just be made out.

An abbey spokesperson said last month that “there are no current plans [for its return], but the future of the tabot is kept under review”.

Carey, who served as archbishop from 1991 to 2002, told us just before the Queen’s death that he is disturbed that the Church of England “has not returned a sacred object belonging to another faith and country”.

The British Museum holds 11 tabots, the largest collection in the UK. To reflect the prohibition on them being seen, they are kept in an underground store that even the museum’s staff cannot enter.

The pressure group Returning Heritage last month submitted a Freedom of Information request to the British Museum, asking for details of claims for the tabots since 1990. The group argues that the museum would legally be able to deaccession, under an exemption which allows it to dispose of objects that are “unfit to be retained”. Since the tabots cannot be seen, the pressure group argues that there is no point in them remaining in the museum’s collection—and they should be returned to Ethiopia.