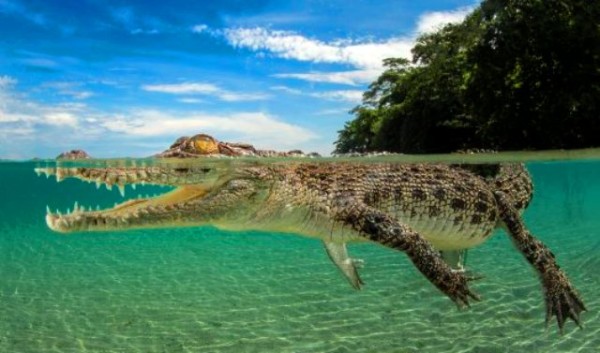 ‘Salty’ by Justin Gilligan, a finalist for the Eureka Prize for Science Photography.  Source: SMH.

Marcus Strom, Eureka Prize finalists: how not to eat a cane toad and other advances in science The Sydney Morning Herald, 24 July 2015

Teaching quolls how not to eat cane toads, understanding bee-colony collapse and record-breaking solar cell technology: just some of the research listed as finalists in this year’s Eureka Prizes for Science announced by the Australian Museum on Friday.

Across 16 categories, 49 finalists are in the running to share $160,000 in prizemoney in celebration of the best and brightest science in Australia this year.

“The finalists show the depths of science innovation and research in Australia,” Kim McKay, director of the Australian Museum told Fairfax Media. “The STEM [science, technology, engineering and maths] are Australia’s future and the Eureka Prizes highlight that.”

Ms McKay said that the prize for rural innovation is a new category for 2015.

“Anything that supports our agricultural industries is critical for Australia’s biosecurity,” she said.

As a Sydneysider she is particularly impressed with research aimed at combating disease in the oyster industry.

“But all our finalists are extraordinary,” she said, highlighting solar research at the University of South Australia and University of NSW in the innovative use of technology category.

Finalists for innovative use of technology include Mark Keevers and Martin Green at the University of NSW. By “splitting” a single beam of light across two different types of cell the scientists at the Australian Centre for Advanced Photovoltaics achieved more than 40 per cent energy conversion efficiency in solar cells, a world record.

In other research, mathematician Mary Myerscough​ at the University of Sydney worked with biologist Andrew Barron at Macquarie University to study honey bee colony collapse. Dr Myerscough told Fairfax Media honey that bee colonies were collapsing because the foraging bees were dying, “sucking other bees out of the hive” before they were ready to find food.

This can lead to colony collapse within three weeks. The foraging bees are dying early due to pesticide use, climate change, imbalanced diet and bee diseases, she said.

Dr Myerscough modelled different techniques that could help support the hives: add pupae to support the population, provide more feed to endangered colonies or find methods to prevent hive bees leaving early to become foraging bees. Her models suggest that the best method is to feed the hives with nectar and pollen substitutes, or even using sugar water. Dr Barron is now testing these models in the field.