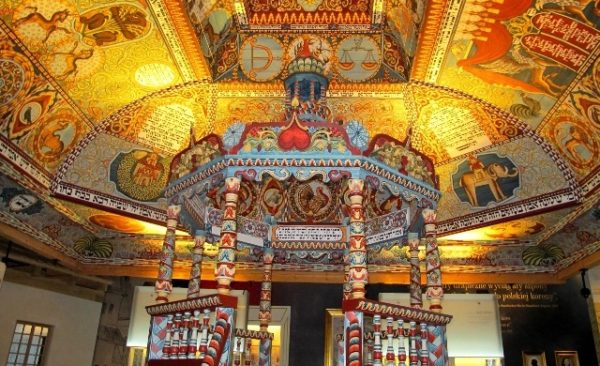 The reconstructed painted ceiling of the wooden synagogue of Gwozdziec, a core exhibit of the POLIN Museum of the History of Polish Jews, winner of the European Museum of the Year 2016. Source: Jewish Telegraphic Agency. Photo: Ruth Ellen Gruber.

Opened in 2013, the museum tells the story of a millennia of Jewish history, and stands in what was once a vibrant Jewish area of Warsaw. Also in Poland, the new European Solidarity Centre which explores the Solidarity movement in Poland received two awards. Vukovar City Museum, Croatia, itself completely destroyed by war in 1991, has worked on reconstructing the social and cultural life of Vukovar since 1997 and won an award for social outreach.