A number of European museum directors have spoken out against rising political interference in museums and culture by nationalist governments. 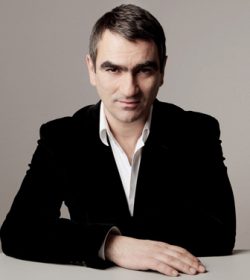 The Kunsthalle Wien director Nicolaus Schafhausen announced last month that he will not renew his contract next year due to what he described as the “resurgence of nationalist politics in Austria”.

Under Schafhausen’s directorship, the Kunsthalle Wien in Vienna has promoted a programme exploring socio-political concerns, with projects such as Political Populism and How To Live Together, which he believes “hit a sore spot in the self-image and self-realisation of Vienna’s cultural landscape”.

Although the government did not directly intervene in the programme, “the opposition is subtle but clear”, Schafhausen told Museums Journal. “You might not feel directly affected, but on an everyday level you see the changes in the country: the focus is on a homogenous culture that is oriented on national interests and right wing values, celebrating an imagined past.

“Although the interference is not offensive, it is becoming more and more difficult to execute a programme that champions values like freedom, liberty and a global perspective.”

Pawel Machcewicz, the former director of the Museum of the Second World War in Gdansk, Poland, has also warned of “increasing interference by politicians and governments into the realm of museums and culture”.

Machcewicz was dismissed last year following a battle to maintain an exhibition depicting an international experience of WWII, which was dubbed by the country’s governing Polish Law and Justice party as “pseudo-universalistic”. According to Machcewicz, the exhibition of the museum is now being changed “to make it more Polish”.

Schafhausen’s experience “seems to be part of the same story, of rising nationalism, xenophobia and isolationism in many European countries”, said Machcewicz, who is now a fellow at the Wissenschaftskolleg zu Berlin, where he has completed a book about his experience in Poland.

In his conversations with museum colleagues, he said, there is a feeling that his story could also happen in Germany if the right-wing Alternative für Deutschland party wins power.

Schafhausen’s resignation echoes the late former director of the Victoria and Albert Museum Martin Roth’s decision to leave the London museum in 2016. Roth said at the time that his decision had been hastened by the rhetoric surrounding the EU referendum. In interviews with German broadcaster Deutsche Welle, Roth said the vote to leave the EU felt like a “personal defeat” and expressed upset over the “war rhetoric” that had accompanied the referendum.

The political climate has also affected other UK cultural institutions, according to David Anderson, the director of Amgueddfa Cymru – National Museum Wales.

Anderson said: “The weaker and more dysfunctional Britain has become as a political entity, the more strident are the efforts of its agents in Westminster and London’s cultural institutions to assert that their version of Britishness is still a force in the world, and that London is still the capital of a (much diminished) empire.

“Locked in Brexit and imprisoned by the centralist ideology of the British state, Westminster seems incapable of delivering fundamental reform.

“For cultural institutions in nations such as Wales, the future lies in developing stronger independent relationships with museums and arts organisations in Europe (particularly our nearest neighbour, Ireland) and other parts of the world that have progressive values.”

The International Council of Museums issued a statement in April warning that museums must remain free from political interference. “Regardless of their funding source or governance model, museums should maintain control of the content and integrity of their programmes, exhibitions and activities,” it said. “The high level of professional and institutional integrity and autonomy of museums should not be jeopardised by financial or political interests.”

Schafhausen’s contract runs until March 2019, and he has not decided what he will do next. He said he will continue to engage with art and the pressing questions of our time, but believes existing institutional models are outdated. “We need new ideas, structures and models for public engagement, art and culture,” he said. “Building new alliances across cultures and countries that promote ideals of our global society such as diversity, progress and peaceful coexistence.”