You are here: Home » Articles filed under: 'News' » Article: 'Even dinosaurs are social distancing,'

Even dinosaurs are social distancing,

November 12th, 2020 | Browse other: News. | Tagged with: COVID-19, Even dinosaurs are social distancing, Smithsonian takes it slow in reopening museums | 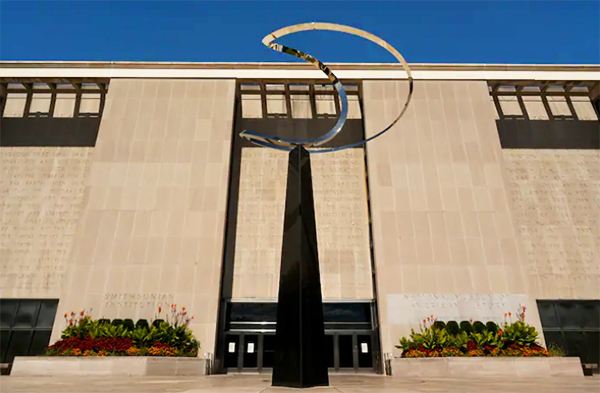 The National Museum of American History has been open since Sept. 25, one of eight Smithsonian branches now welcoming visitors. (Katherine Frey/The Washington Post).

Peggy McGlone, Even dinosaurs are social distancing, as the Smithsonian takes it slow in reopening museums, The Washington Post, 9 November 2020

Bunch expressed confidence in the phased approach the institution has used to welcome the public to eight of its branches, which had been closed since March 14. But he said he is comfortable taking another month — and maybe more — before reopening any of nine that remain shuttered.

“People are scared. They are worried. We are trying to understand how the public is feeling,” the secretary of the Smithsonian said in a recent interview. “This is something that will evolve. The most important thing is to be safe.”

This gradual approach has allowed officials to test safety measures, including free, timed passes that help control the flow of visitors, Bunch said. Entrances and exits have been reconfigured and signs added to direct visitors and promote social distancing. Mask compliance has been high, Bunch said, and there have been only one or two reported covid-19 cases, which were traced to non-Smithsonian sources.

Despite that success, Bunch says he isn’t ready to reopen the National Museum of Natural History and its popular dinosaur exhibition. The staffing needs there would require that high-risk personnel return, which the institution has so far avoided.

“There’s a part of me that says maybe in a month, but I just don’t know,” Bunch said of Natural History, one of the Smithsonian’s most popular museums and one that attracted 4.2 million visitors last year. “What we’re thinking about now is how to bring the high-risk [employees] back. So many are in maintenance and security. I want to have three, four, five weeks to test it. It will be based on staffing needs and based on the virus.” 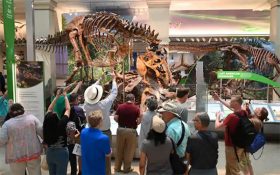 In pre-covid times, the dinosaurs in Fossil Hall at the National Museum of Natural History were a popular draw. (Marvin Joseph/The Washington Post).

The low attendance is caused by several factors. Government coronavirus regulations require museums to limit attendance to a small percentage of capacity, and museum officials have chosen to limit hours of operation to allow for cleaning. Udvar-Hazy and the zoo are open daily, but the other sites are on five-day schedules. At least one museum is open to the public every day.

“The building is cleaner than it’s been since 1964. It’s fabulous,” said Anthea M. Hartig, director of the National Museum of American History.

Daily attendance there is about a tenth of normal, Hartig said, creating a different experience. “Instead of doing the rush through, people are spending more time because they can.”

The use of timed passes is the biggest challenge to reopening because it requires a change of behavior, officials said. Smithsonian visitors used to dropping in spontaneously now have to plan ahead. On average, only 55 percent of the passes are being used, officials said. Increasing the number of passes to counter the higher than expected level of no-shows is the first step. American History started distributing 800 passes a day when it opened in September; that number is now up to 1,400. In October, American History attracted 17,038, compared with almost 184,000 the same month last year.

But officials say it could be that many people are not yet comfortable visiting indoor spaces. The zoo, which is mostly outdoors, attracted 44 percent of all Smithsonian visitors last month; the Hirshhorn Museum’s sculpture garden (which does not require passes) has attracted 12,000 visitors since reopening Aug. 17. (Passes can be obtained for most days for all facilities except the African American Museum; its passes are released 30 days in advance and are usually snapped up that day.)

The pandemic-related closures have cost the Smithsonian $40 million to $50 million in revenue, mostly from store, restaurant and parking receipts as well as from such ticketed events as lectures, concerts and classes run by Smithsonian Enterprises. The institution laid off 237 employees in September, and there are rumors that Smithsonian Books, its publishing operation, is targeted for cuts. Bunch did not rule that out. 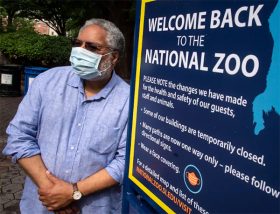 “At this stage, we’re looking at what makes best sense,” he said, adding that he is a fan of the division, which last year published his book “A Fool’s Errand: Creating the Smithsonian National Museum of African American History and Culture During the Age of Bush, Obama and Trump.” If whole divisions are not eliminated, Bunch said, they will probably be streamlined.

The crisis has pushed the sprawling institution to address questions it should have asked a decade ago, he added.

“It has forced us to reimagine — what does e-commerce look like? What is the right revenue model for the Folklife Festival? Are there opportunities to begin to make sure we have efficiencies, that the education units are working effectively with each other?” he said. “That’s all good and that will serve us down the road.”

Despite the shutdown, donations for the fiscal year that ended Sept. 30 increased 10 percent, to $247 million, a validating sign for Bunch.

“I would argue that it is a response to good work and also a lot of people around the country recognizing how the Smithsonian pivoted to share educational material online,” he said.

Bunch is optimistic that the institution’s gains — especially in the digital arena — will lead to long-term improvements. The goal isn’t just to get through the pandemic, he said, but also to emerge stronger and better positioned to serve the public during these difficult times.

“Museums have the responsibility to help the public grapple with things that are meaningful. They are spaces of great beauty, insight, education and also places of understanding and contextualizing and hope,” he said. “The Smithsonian is one of the few places where different people with different viewpoints come together. We want to take advantage of that.”