You are here: Home » Articles filed under: 'News' » Article: 'Evidence for democracy – Transparency' 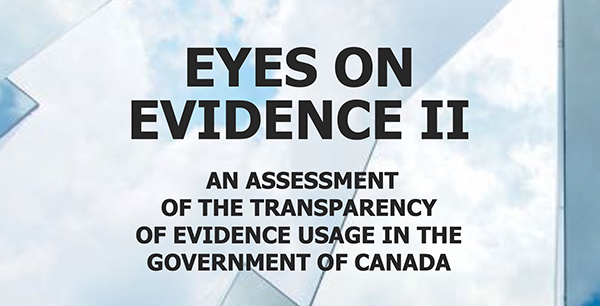 Policy-making is a complex and nuanced process, where policy actors must make sense of constantly evolving information in order to deliver policies that best serve the needs of the people. Putting evidence at the heart of policy-making is critical to not only illustrate the realities of a particular issue, but also to challenge what we might think is common sense when it comes to making decisions.

In recent years, the Government of Canada has repeatedly committed to using the best available science and evidence in its decision-making. If the public is to assess what progress has been made in this endeavour, it must be given the opportunity to scrutinize the relationship between evidence and policy decisions. This gives members of the public the chance to consider whether they agree with how evidence is being used to formulate and justify public policy. In this sense, transparency is crucial.

Head to our blog post to learn about our key findings, or check out the full report here.

See also: Canada, we have a transparency problem when it comes to policy-making