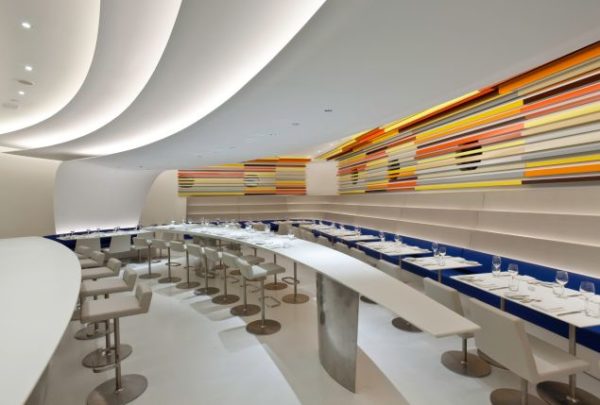 Daniel Grant, Amenities Galore! Museums Are Upping the Extras But to What End? Observer Culture, 9 August 2016

An army of consultants now line up to make museums appeal to more people, with museum administrators focused on everything but the art

You may associate the Philadelphia Museum of Art with its large collection of Brancusi sculptures and its numerous Marcel Duchamp artworks in various media. But parents might be forgiven for thinking of the place in terms of its drop-in childcare program on Friday mornings called “Baby Bird Playdate,” in which toddlers and their caregivers listen to music, play games and receive a tour the galleries that has a distinct child emphasis.

The museum isn’t family themed on Friday mornings alone. There are “Stroller Tours” on Wednesday mornings and hands-on activities (“Family Art Cart”) on Sunday afternoons. Wednesday evenings focus a bit more on grown-ups, with yoga in the galleries, “GamePlay”—the museum supplies the games and instruction on how to play them—and an arts and crafts activity called “Make Stuff.”

All over the country, museums have been looking to change their image from boxy buildings that just store and exhibit cultural objects to community gathering spaces with activities for preschoolers, teens, single adults, families, the elderly and probably some other demographics.

“To part of the population, the word ‘museum’ says boring to people,” said Susan Wilkening, president of the Boston-based museum consulting firm Reach Advisors. In 2015, the company conducted a survey that found 7 percent of the U.S. population had a negative impression of museums; a third of the population reported going to a museum at least once a year; and the remaining 60 percent had “more ambivalent” ideas about museums. Those were, presumably, Can you take your children there? Will I just be looking at stuff I don’t understand? It is that 60 percent that science and art museums, as well as historic homes, are trying to reach. “Museums want to show they are places where families and all people are welcome,” she added, and the recent proliferation of amenities and programs at institutions around the country has been phenomenal: member get-togethers, sleepovers, vacation tour programs, space rentals, yoga classes, activities for moms with infants and toddlers, camps, art classes, concerts, valet parking, film series and lectures.