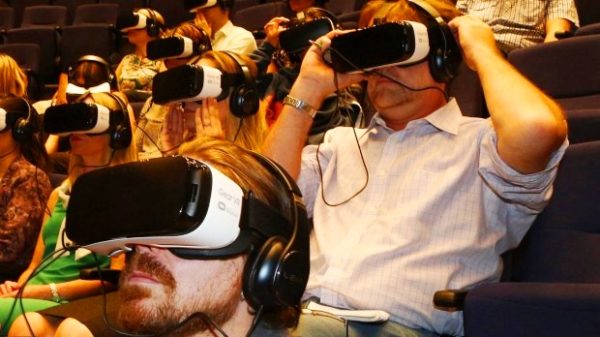 At the launch of the David Attenborough Virtual Reality experience at the Australian Museum. Photo: Daniel Munoz.

After this experience in virtual reality you’ll never want to watch television again.

From Friday, the Australian Museum becomes the second place in the world to screen David Attenborough’s virtual reality experience.

After a sell-out season at the Natural History Museum in London, it makes sense that the film comes to Australia: the show immerses you in the wondrous waters of the Great Barrier Reef.

If it’s your first VR experience, it’s like nothing you’ve seen before. Regular television by comparison is just so 20th century.

Wearing Samsung’s Gear VR goggles you are transported to the waters off Osprey Reef, 155 kilometres north-east of the museum’s Lizard Island Research Station near Cooktown, Queensland. Attenborough used the station for filming his television series on the reef, which premieres on Sunday.