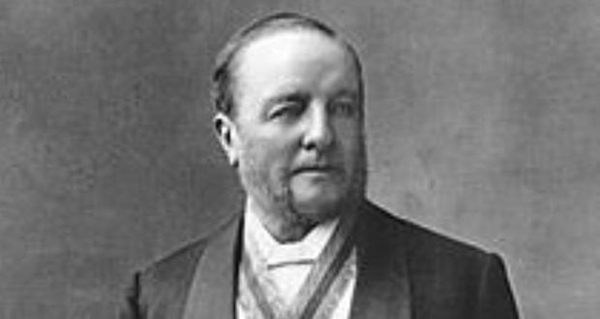 Frederick McCoy, the first director of the National Museum of Victoria, studied in Trinity College

Prof Frederick McCoy is a name all but unknown in Ireland but well remembered by generations of Australian children – not least because it featured prominently at the top of the ubiquitous poster found in classrooms across the state of Victoria warning pupils of the dangerous snakes you might have the misfortune to encounter locally.

McCoy was an Irishman who held the post of director of the National Museum of Victoria from 1856 until his death in 1899. He studied medicine at Trinity College in Dublin, but he developed a strong interest in palaeontology, which led to jobs in Ireland and England. He catalogued the collections of the Dublin Geological Society and worked on the Geological Map of Ireland. In 1854 he emigrated to Australia, becoming one of the four foundation professors of the University of Melbourne. He set about creating a botanic garden as a teaching aid on four acres set aside for the purpose at the University. Two years later he was appointed director of the National Museum of Victoria – a grand name for an institution that occupied just two rooms in the city. McCoy had great ambitions for the museum, which immediately brought him into conflict with the Philosophical Society when he proposed to remove the museum from the city to the University on its outskirts. He rode rough-shod over their objections and took the collections to their new home. This was the first instance of his pugnacious style that resulted in many subsequent conflicts. 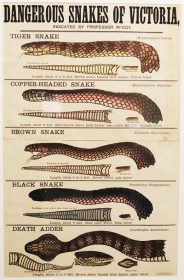 McCoy was single-minded in his ambition for the museum and he proceeded to acquire important collections of natural science specimens through purchase from dealers and exchange with museums overseas. A new building was erected for the museum and the public flocked to see exotic animals, models showing techniques of gold mining, and fossils. He repeatedly overspent the funds provided by Victoria’s colonial government to their great annoyance. Eventually their patience wore thin and he was required to report to the state’s Library Committee, an imposition he greatly resented. His behaviour is described in the Australian Dictionary of Biography:

“The struggle to make him docile began. McCoy countered with pugnacity, soft answers or feigned obtuseness. Ever pestering for funds and uncovering trustees’ plots to move the museum, he found his best defence and consolation in the popularity and scientific standing of the museum. Annual attendances averaged 53,000 in the 1860s, 95,000 in the 1870s, and 110,000 in the 1880s”.

McCoy found himself on the losing side of several arguments. He stated that there was no gold to be found in the deep reefs of Victoria’s goldfields – the miners proved him wrong. He was a leading member of the Acclimatisation Society that was engaged in the introduction of European mammals, fish and birds to Australia, a movement that has had devastating consequences for Australia’s wildlife with impacts that continue to the present day. He found himself on the wrong side of history by denying the validity of the principle of evolution- and even acquired some specimens of gorillas that he thought would put paid to the theory that humans had evolved from apes. They were, of course, a sensation and attracted large crowds to the museum.

For all his wrong-headiness, he has formidable achievements to his credit. He set out to produce a comprehensive natural history of Victoria, with beautiful lithograph illustrations in the 20 volumes that were published over a period of 12 years, now available to view online. 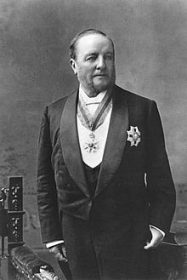 The collections that he started now number some 17 million specimens, the raw material of vital research into the natural world as we face the growing extinction crisis. From small beginnings, McCoy created the museum that is now the largest of its kind in Australia. He was the recipient of numerous awards and in 1891 he was knighted.

He never returned to Ireland, but it was in Dublin that he developed his love of the natural world, geology and palaeontology that were the hallmark of his passion in Australia.

Sir Frederick McCoy died in 1899 and was buried in Brighton cemetery in Melbourne. A few years ago a ceremony took place to mark the restoration of his grave and headstone that had fallen into disrepair. He would have been surprised and moved by the expressions of warmth and respect that were bestowed on such a cantankerous Irish Australian.

This Extraordinary Emigrants article was written by Dr J Patrick Greene chief executive and museum director of EPIC The Irish Emigration Museum in Dublin’s Docklands, an interactive museum that tells the story of how the Irish shaped and influenced the world.