You are here: Home » Articles filed under: 'News' » Article: 'Facts taking too long?'

Joanne Taylor and Genefor Walker-Smith on the importance of scholarly rigour – even when the media want answers fast. 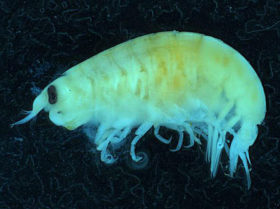 In a world of internet sensations and viral news broadcast, are scientists always given enough time to get it right? Does it matter given that the news will likely be replaced in the communities’ consciousness within 48 hours?

It does matter, and here is why.

The recently reported case of a 16-year-old boy’s legs being “attacked”, and “eaten” in the shallow bayside waters of Dendy Street Beach, Brighton, Australia by “unidentified marine critters” created a media storm. The public, locally and internationally, were fearful of entering the water. As if Australia didn’t already have enough animals on the list of “things that kill you”.

The boy had reportedly been standing in knee-deep water for about half an hour and discovered a little while after emerging that his legs were bitten and bleeding. Social media was in a frenzy, particularly because of the images of the gruesome and bloody wounds that made front-page news. It was not surprising that the family was concerned and wanted to know what had caused their son’s injuries, while others were asking what should be done to keep the public safe.

Everyone was prepared to give their opinion as to what may have caused the injury, with speculation that it could have been anything from marine worms, tiny crustaceans, sting rays or even coral. Many of these comments came from people who had never set foot on Australian shores, let alone dipped their toes in the waters at Brighton Beach.

When Museums Victoria marine biologists were approached to comment, we asked for calm and time to look at the facts. I know, boring bloody scientists.

Facts take too long and the media want an answer NOW! Museum scientists do not work in isolation; we are a networked community who rely upon each other for support, information and advice. No one can be an absolute expert on everything. In this case, we were mindful that a boy and his family were looking for answers and reassurance that his legs were unlikely to fall off. These answers would, as time would tell, inform how the medical treatment would proceed.

We needed to get it right, or as right as we could in the time available to us. We set to doing what scientists do, trawling the literature for anything that sounded even vaguely similar and talking to other experts in other Australian states who may have knowledge of literature reporting similar behaviour. We watched social media closely and noted other people coming forward with similar, although less dramatic, cases of bites that helped direct our investigations. We were fairly sure that the likely culprit was some type of marine isopod but we would be speculating.

Hurry up! Hurry Up! The media want an answer now!

Not surprisingly, the father of the boy – who, coincidentally, is Jarrod Kanizay, managing director for Times Higher Education in Australia (and provided the photograph above) – was very interested in getting to the bottom of what had caused the bites, as up to this point, the wounds had doctors baffled. He decided to perform an experiment of sorts and while his boy lay in hospital under medical supervision he headed back to the beach to see if he could re-enact the attack by baiting the critters. Fatherly love of course only goes so far and rather than risk putting a second family member in hospital, he cleverly used a net baited with red meat.

Back at the museum, we were being put under pressure to make a statement as to what, from the thousands of animals that live in the ocean, could have caused the wounds. How long is a piece of string?

Although there had been numerous reports of isopods or “sea lice” causing painful but tiny wounds to swimmers and fisherman, there was very little to go on and certainly no reports of an “attack” resulting in so many wounds and so much blood. Oh the blood! We indicated that giving a statement without actually seeing what had bitten the boy was really not helping the already confused situation. Museum expert opinion carries weight. We wanted some evidence.

Hearing that the boy’s father had not only baited and trapped but also filmed the critters gave us something to actually talk about. Sure, a piece of meat in a net is not the same as a boy’s leg, but it was certainly giving us a picture of what was swarming locally in those waters within 24 hours of the attack.

We were given footage of the critters devouring the meat while a sample was sent in for examination. As soon as we saw the footage there was an exclamation of “crikey, they’re amphipods”. We knew this because we are experts on this little-known faunal group. Imagine if we had run earlier with the opinion that they were isopods and then the footage had been released (and now seen a million times) saying Museums Victoria scientists declare the flesh eating critters to be marine isopods? Oh the shame: especially given that one of us had spent five years of her life doing a PhD on the taxonomy of the little blighters!

This story unfolded in the space of a few hours. That’s all the time we had. Thankfully, in this case, whether they were isopods or amphipods probably didn’t matter to the boy’s recovery plan. However, getting it wrong and losing the faith of those who come to us for measured and informed comment does.

Joanne Taylor is senior collection manager, marine invertebrates, and Genefor Walker-Smith is a marine scientist, both at Museums Victoria.