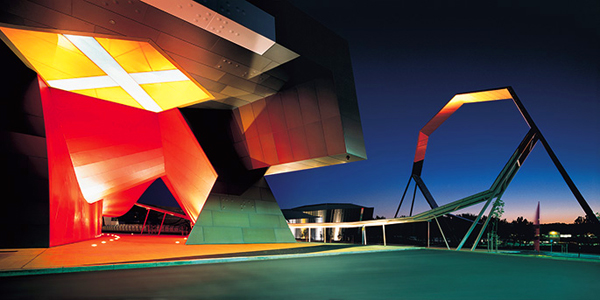 The National Museum of Australia, one of four institutions that will benefit from the Government’s $48.7 million investment to commemorate the 250th anniversary of James Cook’s first Pacific voyage.

Tuesday 8 May, Canberra: We wouldn’t describe it as a Santa Budget for the sector, but there was some good news for galleries, libraries and museums (GLAM) in the Federal Government Budget announced this evening.

The Department of Communications and the Arts media release states: “This will support a range of exhibitions, activities and events which will allow Australians to mark this significant anniversary in a spirit of reflection that acknowledges the meeting of two cultures.

“The funding will offer capacity building opportunities for Indigenous cultural heritage sector workers from regional communities, and includes $2 million to the Australian Institute of Aboriginal and Torres Strait Islander Studies to scope and commence activity relating to the repatriation of culturally significant items from overseas.”

A beneficiary of the budget was the Office of the eSafety Commissioner, which was promised an additional $14.2 million over four years. ALIA’s Australian Public Library Alliance is a partner in several of the eSafety Office’s programs, including Be Connected and eSafe Spaces.

The Department of Infrastructure and Regional Development announced a further $200 million for the Building Better Regions Fund, which could benefit public libraries, and the Stronger Communities program will go to a fourth round, with the commitment of an additional $22.5 million, assisting local community organisations.

Australia’s research capacity will be strengthened by an investment of an additional $1.9 billion over 12 years in the National Collaborative Research Infrastructure Strategy. ALIA has advocated alongside other GLAM organisations for humanities research infrastructure to receive a greater share of the funding.

The Tertiary Education Quality Standards Agency (TEQSA) will receive an additional $5.7 million (up from $21.2 million in 2017/2018 to $26.9 million in 2017/18) and average staffing will rise from 51 to 93. As a professional body involved in higher education course accreditation, we will be interested to see the impact of the increased funding and staffing.

We were also pleased to see $12.9 million funding for the Office of the Australian Information Commissioner and $65 million for the creation of a new national data commission to oversee and facilitate the use of government-held data.