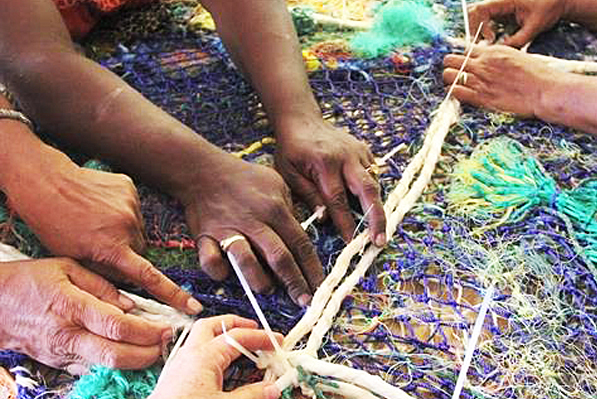 $400,000 has been allocated by the Coalition to strengthen regional cultural ties, starting with an Indigenous project.

This week, the Coalition Government announced support for a Far Northern art exhibition that will be the centre-piece of a program of international arts activities aimed at strengthening cultural ties between Australia and Singapore.

Minister for the Arts, Senator Mitch Fifield said that the exhibition, Au Karem ira Lamar Lu, from Erub Arts Centre, will receive $200,000 to help showcase Aboriginal and Torres Strait Islander masterworks at the Asian Civilisations Museum in Singapore from June to August 2017.

‘The support for Erub Arts is part of $400,000 funding for international arts activities recommended by the Australia–Singapore Arts Group,’ the Minister confirmed.

‘This group was established to build on the commitment both countries made following the signing of a Memorandum of Understanding on Cooperation in the Field of Arts and Culture in June 2015,’ he added.

The exhibition will consist of more than 50 new large-scale sculptural works and uses sound and lighting to create a contemporary sensory experience. There will also be an educational element with a schools program to be streamed to more than 1000 students in Singapore and Australia.

The Erub Arts Centre is based on Darney Island, one of the most remote communities in Australia.

The Centre is renowned for collecting old fish nets and creating sculptures featuring marine animals found on the reefs around the island, and the exhibition will highlight the relationship the Erub artists have with the sea and the environment.

‘This exhibition is pivotal to strengthening Australia’s international arts and cultural engagement with Singapore and will assist in building an ongoing program of cultural activities supported by both countries,’ Minister Fifield ended.