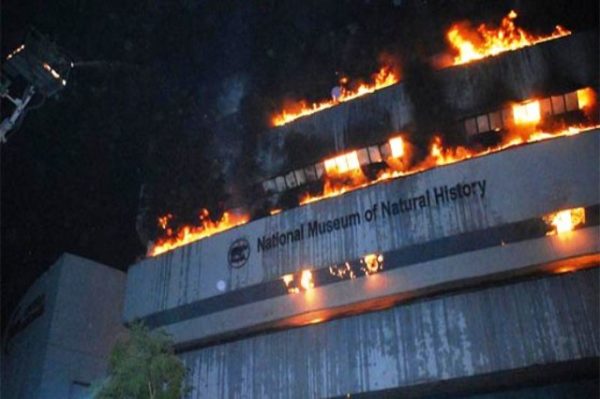 The entire collection at the natural history museum in Delhi has been destroyed in a fire, officials have confirmed.

The blaze, which began sometime after 1.30am on Tuesday, burned through the upper part of the museum, where its collection was housed.

Firefighters were able to bring the flames under control before it reached the museum offices on the ground floor, mezzanine and first floor.

Plans to move the museum’s collection to a state-of-the-art facility were under way after a scathing report in 2012 by the government’s public accounts committee raised concerns about maintenance.

A parliamentary panel had criticised the environment ministry for the “pathetic functioning” of the museum.

A spokesman from Delhi’s fire service said the call was taken at about 2am, adding: “The museum was closed at the time so there were no casualties.