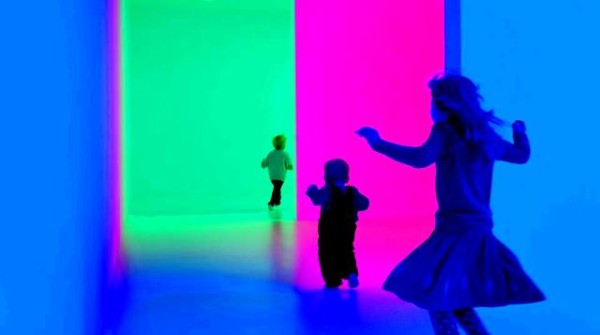 Light Show, an exhibition of illuminated works by 22 artists organised by the Hayward Gallery in London.

Javier Pes, It’s not all about attendance: five museum directors on how they measure success, The Art Newspaper, 31 March 2016

Exhibition programming is an unpredictable business when institutions take some risks.

Monet, Matisse, Picasso, Dali, Warhol: some artists’ names all but guarantee that an exhibition will be a hit at the box office. More often, however, museums have little idea how audiences will respond to shows. They must weigh up the risk that an artist or subject with a specialised appeal will attract the few, not the many.

We asked five directors with years of experience in the unpredictable exhibition business about how to measure success, when to take a leap of faith on a show and what to do when external events overtake their best-laid plans.

Ralph Rugoff
Director of the Hayward Gallery, London
Three years ago, the Hayward Gallery in London organised Light Show, an exhibition of illuminated works by 22 artists. The sold-out show had no takers from other venues before it opened. Today, it is still touring. “It’s in a ship on its way to Chile to go on show in Santiago in May,” Rugoff says. It is difficult to accurately predict the popularity of exhibitions, apart from those featuring a handful of blockbuster names, he says. “We all want people to see shows, but the total number of people who went is just one metric.” Rugoff stresses the quality of visitors’ encounters with art. “If 20,000 people each spent two hours in a show, that’s [worth] more than if 100,000 each spent only 20 minutes,” he says. Then there is the “ripple effect” of an exhibition that “makes you think about a question differently or produce an idea”, which is no less valid “but is impossible to track”.