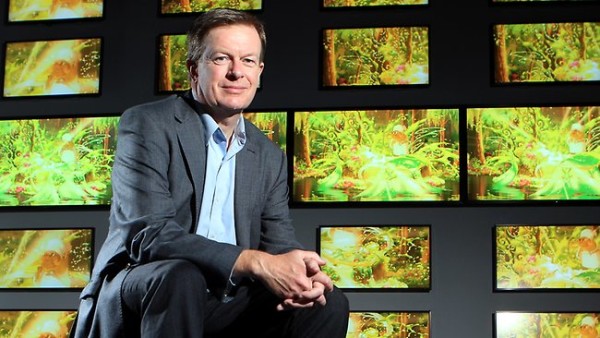 He takes the helm, replacing Andy Jackson, at Wakehurst during the visitor attraction’s golden jubilee year and “will drive a new development plan for Wakehurst’s future, aimed at enhancing visitors’ interaction with the wild landscape and plants of Wakehurst and the conservation work of the Millennium Seed Bank”. Future projects include the creation of a new wild flower meadow, a wild wood log trail for children and a gravity defying treehouse.

Sweeney has had a long career in the cultural, creative and museums sector in the UK and Australia. Most recently, he was director and chief executive officer of the Australian Centre for the Moving Image (ACMI) in Melbourne, an innovative museum dedicated to art, film and contemporary digital culture. During a 10-year stint he established ACMI as one of the most-visited cultural attractions in Australia, through its dynamic program of exhibitions, film, live events, education and digital engagement programmes. Prior to joining ACMI, he directed an award-winning masterplan re-development of the National Media Museum (formerly the National Museum of Photography, Film & Television) in Bradford, which is part of the national Science Museum Group.

Previously, he had a career in the media, publishing, cultural and educational sectors, pursuing subject interests including art, film, heritage, design and digital media. Starting out as a commissioning editor in commercial book publishing, he went on to produce multimedia open-learning courses along with programmes broadcast on Channel 4 TV.

A Fellow of the Royal Society of Arts, he has a keen interest in connections between the arts, science, creativity and learning to engage people in cultural and environmental issues. He has a long-standing love of the natural and created landscape, environment, design and heritage in urban and rural settings.

Sweeney said: “I am thrilled to be joining Wakehurst in its golden jubilee year, as it starts to reinvigorate and grow afresh for its next 50 years. Wakehurst and Kew Gardens represent some of the finest examples – rural and urban – of Britain’s rich tradition combining fascination for the natural world and love of landscape, with passion for scientific progress and conservation of our cultural heritage, biodiversity and the environment.

“I am a passionate advocate of the vital ways in which active participation and learning can provide personal inspiration and enrichment in people’s lives. Wakehurst is an extraordinary and wonderful place to visit – a botanic bounty of wild plants from wild places, and a truly authentic, inspiring experience. It is also home to world-class scientific research into biodiversity and the environment. It touches the heart and the mind, and has something for everyone – those wanting to lift or calm the spirit, and those wanting to engage energetically in the real concerns of today’s natural world.”