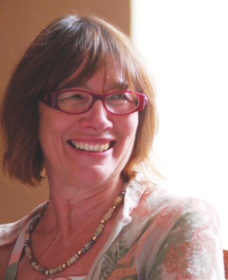 The governor-general and chancellor of the Order of Australia, Sir Peter Cosgrove, approved 958 awards as part of the Australia Day 2017 honours list.

Included in the list are 727 recipients of awards in the General Division of the Order of Australia who have been recognised for their contributions and service to the Australian and international communities.

Gillard has been honoured with one of this year’s top awards – a Companion of the Order of Australia (AC).

The Labor former PM received the award for “eminent service to the Parliament of Australia, particularly as prime minister, through seminal contributions to economic and social development, particularly policy reform in the areas of education, disability care, workplace relations, health, foreign affairs and the environment, and as a role model to women”.

CEO of YWCA NSW and former Queensland premier Anna Bligh also received an AC for “eminent service to the Parliament of Queensland, particularly as premier, to infrastructure development and education reform, as an advocate for the role of women in public life and to the not-for-profit sector”.

Bligh told Pro Bono News she was excited and honoured to be recognised in this year’s honours list.

“I think the honours system is an important part of recognising and encouraging contributions to local communities and broader society and the public life of our country,” Bligh said.

“I have been very fortunate and privileged to have had the opportunity in government over a long period of time to work in a number of portfolio areas where you really get the chance to make a big difference. My very first portfolio was in families youth, community care and disabilities.

“As a very new and enthusiastic young minister I am still very proud of the achievements I had as the most junior minister in the government particularly with the work we did with not-for-profit organisations back then, completely overhauling disability services.

She said she would always be passionate about advocating for the rights of women.

“When I went to university as young woman in the 1970s in Queensland I saw injustice and discrimination around me everywhere I looked and it was a time of great awakening for women in the western world at that time,” she said.

“I have always felt moved to action by injustice… I have seen a lot of those injustices remedied in my lifetime but I am deeply conscious that there is a long way to go and a lot of work that has to keep being done.

“I have not lost the fire in my belly about it.”

Also in the AC category were husband and wife philanthropists Isaac and Susan Wakil for their “distinguished service to the community through a range of philanthropic endeavours, and as a supporter of charitable, education and cultural”.

The Sydney property tycoons’ foundation donated $35 million to the University of Sydney in 2016 with the funds to be used for the construction of the Susan Wakil Health Building which will co-locate the faculties of nursing and health sciences with medicine, pharmacy and dentistry to provide a state-of-the-art, multi-service clinic.

The Sydney couple’s foundation had previously donated $10.8 million to the University of Sydney’s nursing school in 2015.

The governor-general said that from actors to activists, sport champions, medical specialists, community leaders, volunteers and philanthropists – many recipients were high profile while others were largely unknown to the general community but were awarded for their tireless efforts.

“To all recipients, I offer my deepest congratulations, admiration and respect for your contribution to our nation,” Cosgrove said.

“Today’s recipients now join the company of almost 50,000 women and men whose meritorious and brave actions have enriched our community and our lives. Their qualities – compassion, dedication, generosity, selflessness, tolerance and energetic ambition – inspire and motivate us.”

Of the 27 recipients of the Office of the Order of Australia (AO) WA mining magnate and philanthropist Andrew (Twiggy) Forrest was honoured for distinguished service to the mining sector, to the development of employment and business opportunities, as a supporter of sustainable foreign investment, and to philanthropy.

Another 162 Australians became Members of the Order of Australia (AM) including Phillip Glendenning, executive director of human rights advocacy organisation the Edmund Rice Foundation, Dr Sue-Anne Wallace who was the former CEO of the Fundraising Institute Australia, as well as Paul Wheelton OAM, philanthropist and former owner of Budget car rentals.

“It’s good to have this work recognised but we also have to recognise that the work’s not done,” he told Pro Bono News.