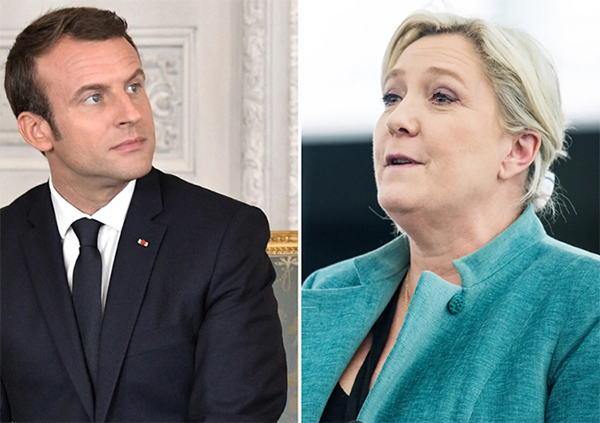 Vincent Noce, French elections: what’s at stake for culture and the arts?, The Art Newspaper, 11 April 2022

As Macron and Le Pen face off in the second round of the presidential battle, cultural policy is likely to continue taking a back seat

With Emmanuel Macron and Marine Le Pen’s standoff in the second round of the presidential election on 24 April, France is facing a historical challenge that will deeply impact Europe and the world.

All columnists agree: culture and the arts have been almost totally absent from the electoral campaign, which has been dominated by the war in Ukraine, the Covid crisis and, last but not least, rising living costs.

This does not mean the sector will not become a target if the far-right candidate was elected. Le Pen may have benefited from the vitriolic campaign of the more extremist anti-immigration candidate, Eric Zemmour, softening her tone and cultivating a more respectable image, but her programme remains unchanged, fuelling fears of renewed culture wars and a distrust of journalists, artists, contemporary arts centres and museums, as well as the art market.

In 2017, during the last presidential election, 500 artists and scholars from the southern French city of Fréjus signed a “manifesto“ warning against the “terrifying policy of intimidation” implemented by its newly elected National Front mayor, which they described as “a laboratory for a national cultural policy”.

As in the US, French cities led by the far-right have purged public and school libraries of “inappropriate“ books. During her campaign, Le Pen kept quiet about her proposals to prohibit the sale of artistic “treasures to foreign interests” or lower most of the subsidies to theatres and other cultural institutions. Instead, she chose to highlight “national heritage”, promising to more than double the budget for the restoration of historical monuments to €1bn. But the main idea that distinguishes her from Macron is her proposal to privatise French public broadcasting, thereby undermining television licensing.

For the arts, Macron, who has chosen to limit his engagement with his political rivals, relying instead on his track record over the past five years and his role as a national leader in a time of crisis, has proposed nothing more than to develop “a European metaverse” to support artists’ creativity and authorship.

He also pledged to extend his “culture pass”, which provides every 15- to 18-year-old with €300. This scheme is already under fire. This year alone, it has cost some €200m, more than the budget of the Louvre or the National Opera. Research has also shown that the money is primarily used to buy manga book by millions (making France the world’s leading market for these publications after Japan). So it remains to be seen how long such an expense can survive the current financial crisis, which has badly hit museums and other cultural venues. The immediate future of the sector will also be determined by the next culture minister, whose name and responsibilities remain unknown.

The place of culture in the campaign debates has been clearly reflected in the confused proposals scattered across the various candidates electoral programmes. Zemmour wanted to “raise” the budget for historical monuments to €400m, which is more or less its current level. Similarly, Yannick Jadot (green party) and Nicolas Dupont Aignan (another nationalist candidate) proposed raising the budget for culture to 1% of the state budget, a level that was reached years ago. The left-wing candidates Jean-Luc Mélenchon and Fabien Roussel, simply confused the state budget with gross domestic product, proposing 1% of the GDP, without any explanation.

Normally, the main candidates each have a group of artists supporting them, but, for the first time, this has not been the case. None of the contenders made an appearance at the national meeting of theatre professionals before the ballot. There were passing references to culture in their various video clips, but even then, there were issues. Le Pen’s video, made in front of the Louvre, had to be scrapped because she did not respect the copyrights covering the museum and the architect of the pyramid, I.M Pei. The same thing happened to Zemmour’s video, which used extracts from films and songs without the authors’ consent.

Mélenchon made his speech in front of his bookshelves. “Culture is now summed up as a decorative backdrop,” concluded Le Monde’s columnist Michel Guerrin.