You are here: Home » Articles filed under: 'News' » Article: 'From Border Control to Biosecurity'

From Border Control to Biosecurity

Mythbuster: Museums are not just repositories for “dead stuff”. They can avert air crashes and stop wildlife traffickers. 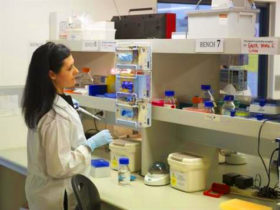 When we think of natural history museums is it usually a picture of antique vitrines full of obscure specimens or perhaps a dinosaur skeleton mid-flight in a lofty foyer.

What these dusty stereotypes don’t demonstrate is the impact that our museums are having on contemporary life, from border control to biosecurity to climate research.

Kim McKay, Director of the Australian Museum, said the Museum has 127 scientists on staff working on projects that have a practical impact on daily life, from examining bird strikes on aircraft to improve air safety, to analyzing rhino horns to identify illicit trade and combat wildlife crime.

In addition to pest and disease-vector identification, the museum is in particular demand for identifying bird remains from aviation airstrikes.

Strikes are a regular occurrence at Australian airfields and pose both safety and economic risks to the aviation industry.

Through the provision of free DNA Collection Kits, and instruction videos, airport and airline employees can safely gather the remains of wildlife airstrikes and send to the Australian Centre for Wildlife Genomics (ACWG) at the Australian Museum for species identification.

‘The program allows the aviation industry to better understand the wildlife around airfields, and provides airports and airlines with information to help adjust flight times and locations to reduce the risk of a wildlife airstrike during taxi, takeoff, or landing,’ explained the Museum.

The Australian Museum works closely with Australian Customs and Quarantine, not only on pest control but also on the trade in illegal substances.