You are here: Home » Articles filed under: 'News' » Article: 'Fromelles and Pozieres' 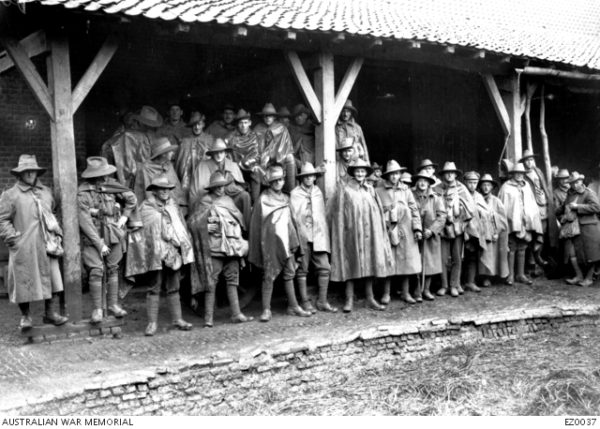 This year marks the 100th anniversary of the arrival of Australian troops on the Western Front during the First World War. More Australians would die in this theatre of war than in any other.

Though introduced to the Western Front via the quieter “nursery” sector at Armentières, the Australians in France would face their first major operations at Fromelles and Pozières.

The battle of Fromelles took place on 19/20 July 1916. The fighting proved disastrous for the 5th Australian Division, which suffered 5,533 casualties in less than 24 hours.

On 23 July the 1st Australian Division attacked and captured the French village of Pozières from occupying German forces. Over the next six weeks the 1st, 2nd, and 4th Australian Divisions slowly advanced northwards. They gained a little over two kilometres of ground at the expense of 23,000 casualties. Official historian Charles Bean famously said that Pozières Ridge was “more densely sown with Australian sacrifice than any other place on earth”.

The following commemorative activities are taking place at the Australian War Memorial:

100th anniversary commemoration of the battle of Fromelles

On the day of the 100th anniversary of the battle of Fromelles, the Last Post Ceremony will feature the joint story of brothers Private David Barr and Private Colin Campbell Barr, who were killed while fighting in France in 1916.

To mark the centenary of Australia’s introduction to the Western Front, the Australian War Memorial will convene the international conference 1916: the cost of attrition, bringing together renowned historians from Australia and abroad to cast fresh light and discuss international perspectives on many aspects of the war in 1916.

All information, including the full event program, speaker bios, and abstracts can be found here: https://www.awm.gov.au/1916-cost-attrition.

After officially opening the international history conference 1916: the cost of attrition, Memorial Director Dr Brendan Nelson will deliver his address to the National Press Club on 20 July. Titled From Fromelles to Pozières – we remember, this address will be broadcast live nationally on ABC 24.

Dr Nelson will relate some of the individual stories from one of the most brutal periods in Australia’s military history. He will share insights into the courage, mateship, and determination that underpinned the next stage of Australians at war.

100th anniversary of the battle of Pozières

To mark the 100th anniversary of the battle of Pozières, a special free public screening of a newly digitised copy of the film Australia in France, revealing details of the offensive that have not been seen in 100 years.

Originally edited by Memorial founder Charles Bean from footage shot by British cinematographers in 1916, this silent film is a unique record of Australian forces on the Western Front. It includes a visit by then Prime Minister William “Billy” Hughes, glimpses of trench life, and recreational activities, including a tree-felling contest.

Tonight’s Last Post Ceremony will feature the story of Tasmanian Captain Ivor Stephen Margetts, who was killed in action at Pozières on 24 July 1916.