You are here: Home » Articles filed under: 'News' » Article: '‘Full steam ahead’ for Powerhouse Museum'

‘Full steam ahead’ for Powerhouse Museum

September 20th, 2018 | Browse other: News. | Tagged with: no contracts in place for Powerhouse move, Powerhouse Museum | 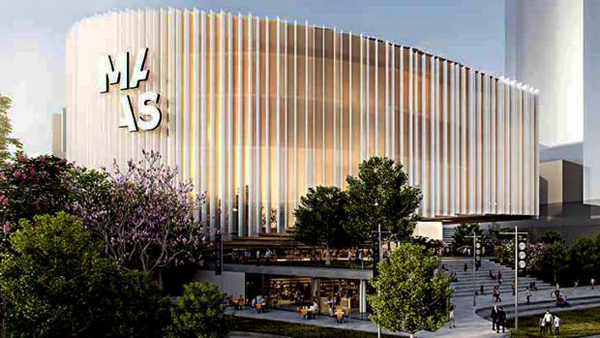 A state government media release of the proposed design of the new Powerhouse Museum planned for Parramatta.

The fate of the Powerhouse Museum at Ultimo is far from sealed with the Berejiklian government conceding no binding contracts would be in place by the March election that will lock in a future government.

Arts Minister Don Harwin has appointed consultants to oversee the architectural design competition for the museum’s new Parramatta riverside site, while at Ultimo master planning has begun for a new cultural and start-up precinct, including a new theatre, a fashion and design museum and residential and commercial development.

Further work was being undertaken to complete a separate final business case for Ultimo, which would enable financial investment decisions to be made about the site by the end of the year.

“It’s full steam ahead,” Harwin told the long-running parliamentary inquiry into the Powerhouse relocation on Wednesday.

“Have you locked in future governments?” Labor’s Walt Secord asked.

The new museum’s riverside land would revert back to Parramatta City Council, Harwin said but “my understanding is that by the commencement of the caretaker period there will not have been anything done that binds a future government”.

Harwin’s concession lays the groundwork for an election contest in western Sydney framed around vastly different positions on the provision of cultural infrastructure, with Labor arguing for the retention of the Powerhouse Museum at Ultimo, and new exhibition, cultural and museum facilities at Parramatta, while the Coalition is promising to deliver on its new museum and planetarium project.

During Wednesday’s hearing, Greens MP David Shoebridge put developers on notice that his party would also seek to overturn by legislation any option signed for residential or commercial redevelopment prior to the March election.

The Upper House committee investigating the museum relocation heard from former museum director Lindsay Sharp who was critical of the “flimsy” business case justifying the dismantling of museum’s world-class collection.

Sharp warned the expense of the care, conservation and storage of 37 large objects had not be included in the project’s $1.1 billion costs, and the government could end up spending $1.9 billion to build a new museum in Parramatta that’s too small and inflexible to house them.

The purchase of artworks, goods and services tax, legal and land costs, marketing, financing and public utility fees, site decontamination works and asbestos removal are among a raft of expenses that have been excluded from final project costs, according to Secord.

Former museum trustee Kylie Winkworth told the inquiry the $10 million cost of consultants’ fees could have built a new museum in regional NSW. With just 10 per cent of the project’s capital works bill, the government could fund an entire network of museums and galleries across western Sydney and NSW.

In response to suggestions that the business case breached Treasury guidelines, Harwin said NSW Treasury had signed off on it and that it was also subject to multiple external reviews by Infrastructure NSW.

The final business case revealed that this decision was the most fiscally responsible way to proceed, he said.

Harwin was also quizzed about the July departure of the museum’s director Dolla Merrillees, after the museum’s failed fashion ball.

The minister confirmed Merrillees received 38 weeks severance pay after deciding not to apply for the new chief executive position, and had been made redundant or terminated under the government sector employment act.