September 27th, 2019 | Browse other: News. | Tagged with: culture and tourism should work together, Leading Culture Destinations, Museums and tourist boards at odds over cultural tourism | 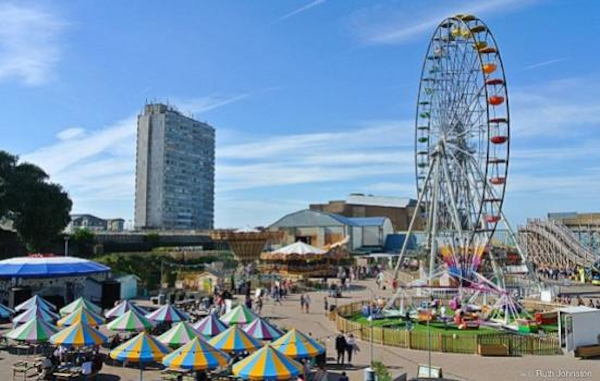 Margate was highlighted in the report as an emerging cultural destination. Photo: Ruth Johnston (CC BY 2.0)

Cultural travel agency Leading Culture Destinations (LCD) surveyed 100 professionals from the cultural and tourism sectors . These included representatives from large museums and galleries such as London’s Victoria and Albert Museum and the Guggenheim Museum in Bilbao, as well as senior staff from local and national tourism bodies including those representing Australia, Iceland and Portugal.

The research found that 61% of the tourism professionals believed investment in arts and culture over the past five years had been the “the key driver in changing the perceptions of their city”.

But one in three museum professionals said their organisation was unlikely to collaborate with tourism brands, and two in five said tourism and destination marketing was not a priority to increase visitor numbers. This was despite an overwhelming majority feeling that the public space around their institution was a vital part of visitors’ experience (80%).

LCD founder Florian Wupperfield said that “basically everyone agrees that culture and tourism should work together”.

“However, there is a fundamental scepticism between the two areas. If you want to work together, you should approach each other with a positive attitude. The report does not show a solution but describes opportunities.”

Wupperfield added that globalisation has created an opportunity for the “re-localisation” of cultural offerings to tourist markets increasingly focused on experiences: “They want to deal with local culture and get to know other religions, views and values. This type of cultural tourism is truly sustainable.”

But LCD’s research suggests that the tourism and culture sectors perceive each other’s value differently. Three-quarters of the museum workers surveyed believe that a stronger focus on tourism “could potentially contradict the educational purpose of cultural organisations”.

And while 78% of tourism workers believed the biggest increase in museum visitors? Over the next five years will come from overseas, museum staff generally saw under-30s and local residents as their fastest-growing visitor market.

Only one in five arts and culture organisations surveyed had a dedicated person managing their tourism strategy and relationships.

He added: “The best city brands are the ones that have a unique and distinct flavour, but most importantly are aware of how to nourish that uniqueness.”

A gap between how tourism and cultural organisations approach social media is apparent in LCD’s research. It found most museums (86%) are routinely posting on social media, favouring Instagram posts featuring their exhibitions, artworks and architecture. In contrast, tourism workers generally believe “features with cultural influencers” are the most effective social media content.

While 62% of tourism professionals collaborate with cultural organisations on social media campaigns, only 51% believe these kinds of organisations are leveraging digital channels to attract new visitors to their city.

Participants were also asked what they thought the most important change needed was to optimise the relationship between tourist boards and cultural organisations.

John O’Sullivan, the Managing Director of Tourism Australia, said it was “a recognition by the cultural community that they are part of the tourism community”.

Sveinn Birkir Björnsson, Director of Communications for Promote Iceland, believed it was “a better understanding of each other’s role in the big picture”.

About two-thirds of the tourism professionals said that cultural organisations and tourism boards needed to work together on a singular digital strategy “in order to combat the threat of digital disruptors”.

Wupperfield says that digital disruptors such as travel booking sites now have more data than cities and organisations, “which is why they need to collaborate better”.

“It’s like organising a party but you’re not control of the guestlist. Who’s invited and who’s coming?”