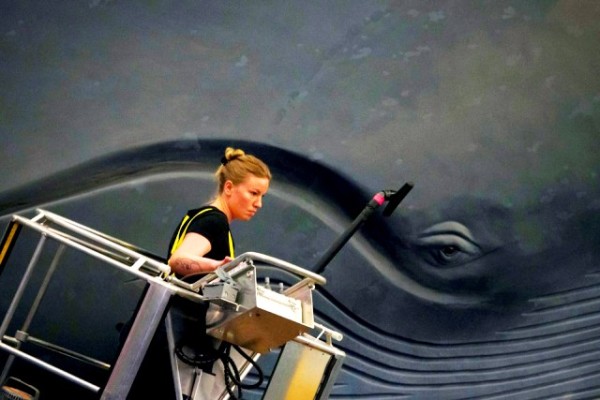 The National Science Foundation has paused a grant scheme that keeps biological collections afloat, and scientists are mad.

Think about the collections of natural history museums, and you might picture drawers and jars of stuffed and preserved animals, sitting in darkness and gathering dust. Far from it: As I wrote last month, museum collections are biological treasure chests. They are full of new species—the greater monkey-faced bat, sacred crocodile, and olinguito have all been found by rummaging through preserved specimens. They’re “time capsules that contain records of past ecosystems that are rapidly changing or disappearing.” They’re “archives that provide clues about raging epidemics, environmental pollution, and hidden extinctions.”They’re also in trouble.

On March 16, the U.S. National Science Foundation indefinitely pressed the pause button on the Collections in Support of Biological Research (CSBR) Program—a scheme that funds the care, organization, maintenance, and cataloguing of biological collections. That includes everything from museum specimens to tissue banks to stocks of laboratory flies or fungi.

The CSBR “has been placed on hiatus as of March 2016,” the announcement said. Existing grants would be honored; new proposals would not be accepted for at least 2016.

It didn’t go down well.

Museum curators, biologists, and other concerned parties lamented the announcement on Twitter and other online spaces, billing it variously as “short-sighted,” “incredibly short-sighted,” and “horribly short-sighted.” They feared that it signaled a disinvestment in natural history collections. “I’m very surprised by the decision given that natural history collections are, if anything, increasingly relevant and important,” says Hopi Hoekstra, the curator of mammals at Harvard’s Museum of Comparative Zoology.

“These funds are so important to keeping these collections accessible—from maintaining specimens in conditions amenable to long-term preservation, to digitizing skeletons so the data is available to researchers worldwide, to recording collecting location in large databases so that researchers can look at global patterns of change,” adds Hoekstra. “Because of these recent advances, collections are getting more use than ever before, so why pull the plug now?  It just doesn’t make sense.”

Although the NSF invests a lot of other money into cataloguing and studying life on Earth, the CSBR is unique in funding the infrastructure behind natural history museums. It pays for unglamorous but essential things like basic specimen care and storage. Typical grants are worth around $3 to 5 million, and collectively, they amount to just 0.06 percent of the full NSF budget. And yet, they’re crucial.

“The CSBR is special because it gets to the root of the issue—the collections,” says Prosanta Chakrabarty, the curator of fishes at the Louisiana State University Museum of Natural Sciences. “Without the collections, there are no long-term natural history studies.”.