March 24th, 2022 | Browse other: News. | Tagged with: Back to Back wins DK2.5m Ibsen prize, Geelong ensemble of disabled actors wins one of the world’s richest theatre prizes | 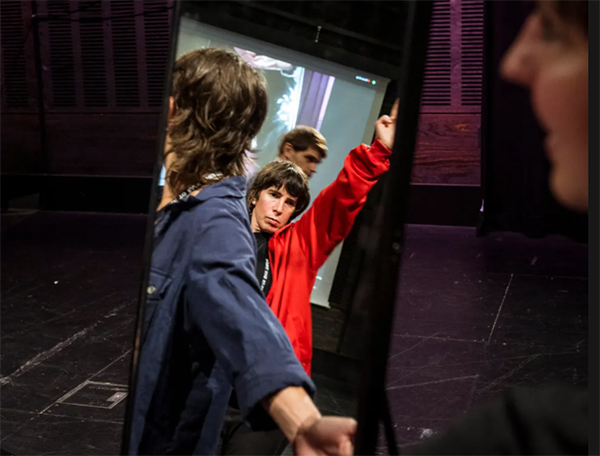 Back To Back acting ensemble member Sarah Mainwaring takes part in

Back to Back wins DK2.5m Ibsen prize for their ‘exciting, unsettling and thought-provoking’ work.

Back to Back, which was established in 1987 and is based in Geelong, were announced as the winners of the biennial prize on Sunday night in Norway. The pioneering theatre company is the first Australian recipient of the award, dubbed “the Nobel prize for theatre”, which goes to an individual or company “that has brought new artistic dimensions to the world of drama or theatre”. 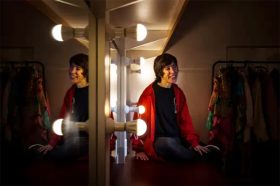 Back to Back is renown for their acclaimed and often confronting shows, like 2011’s Ganesh Versus the Third Reich, which sees the cast members interrupt the show to question their right to perform it, about the Hindu deity travelling to Germany to reclaim the swastika from the Nazis. Their other shows include Food Court (2008), Lady Eats Apple (2016) and The Shadow Whose Prey the Hunter Becomes (2019).

The current Back to Back ensemble are actors Mark Deans, Scott Price, Breanna Deleo, Simon Laherty and Sarah Mainwaring. The latter told the Guardian she was “so excited” about their win.

“I think we all are, it is such an honour for all of us to get that award and to receive it from that panel,” Mainwaring said. “And for them to see that in us is so fantastic and it’s so rewarding for us to know that we can go on, and build our work The Shadow Whose Prey the Hunter Becomes, to tour it to more places. And make it bigger, hopefully, a finer work. It is such a privilege.”

Back to Back’s artistic director Bruce Gladwin told the Guardian he was “shocked” by the news. When he was first contacted by the Norwegian National Theatre, which takes part in the announcement, he thought they wanted to collaborate. “But in that meeting, they announced that we’d won it. None of the ensemble had any idea that they were in contention for it, let alone that they’d won. They were just so moved that their work was acknowledged at that level.”

“Awards are strange because you don’t necessarily make the work to receive them. This just came out of the blue. I feel really honoured that this group of international theatre practitioners have been watching the company’s work for close to two decades. They’ve acknowledged the ensemble’s insight as social commentators, which is embedded within the work. I feel quite touched about their understanding of what we’re trying to do. It’s a pat on the back for everyone.” 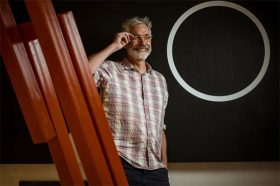 Norway’s ministry of culture made the announcement on Sunday local time, timed to mark the birthday of celebrated Norwegian playwright Henrik Ibsen.

“We are proud to be able to honour an outstanding and unique theatre company that asks questions of their audience, of society and of each other through groundbreaking productions,” said chair of the prize committee, Ingrid Lorentzen. “Back to Back’s work is exciting, unsettling and thought-provoking. It inspires us to be better artists and better people.”

In a letter detailing its decision, the prize panel praised Back to Back’s shows as “some of the most memorable productions of 21st century theatre”.

“There is no need for exposition in their theatre, no overreliance on dialogue, no need for a proximity of performer and role. Back to Back create a theatre that doesn’t follow the rules; they take over spaces that have been marginalised, erased or rendered insignificant … this is a theatre that defies a tick box culture. It’s a theatre – both pragmatic and metaphysical – that gravitates around what it means to live in the fullest sense of the word at this precise moment in history.” 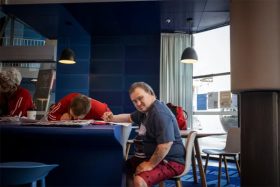 Back To Back acting ensemble member Mark Deans takes part in a weekend workshop at the Geelong Theatre. Photograph: Christopher Hopkins/The Guardian.

Gladwin said they had no concrete plans for the money: “We’ve just got over the shock of actually winning the award. But it is an opportunity to take some risks, to support some blue sky projects.

Back to Back will receive their award, which has previously gone to British playwright Peter Brook and Nobel winner Peter Handke, at a ceremony in Oslo in September.