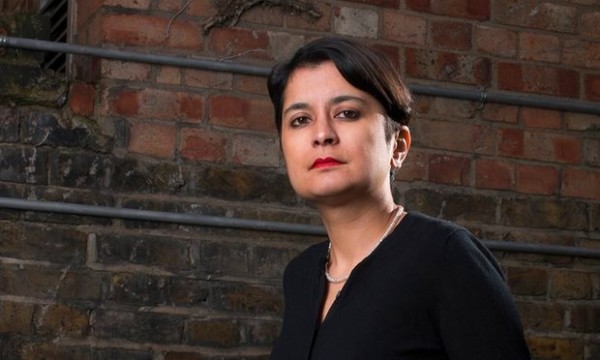 Liberty’s Shami Chakrabarti called on the sector to organise a mass celebration in 2018 to mark 100 years since the Representation of the People Act. Photo: Graeme Robertson for the Guardian.

More than 130 museum professionals crammed into the Imperial War Museum’s auditorium recently to discuss power, patriarchy and gender politics in the sector. The event, entitled Space Invaders: Women Museum Leaders, looked to kickstart a public debate about the lack of gender equality in museum leadership.

There was robust discussion about glass ceilings, bottlenecks and glass elevators (not to mention those sticky floors). You can add to this mix the “glass cliff” where female CEOs are being hired to fill the riskiest jobs with the fastest turnover.

So how do we support diversity to, as our host Hilary Carty elegantly put it: “smash the triple-glazed glass pyramid?” Here are some key points from the day.

What does a museum leader look like? Like me? You? If not, why not? Class continues to be a barrier for accessing these roles, which is being compounded by austerity. “Social cloning” (where employers recruit in their own image) takes place from the earliest stages of careers and boards perpetuate these cliques. As one participant observed: “Trustees will recruit blokes in suits because they are blokes in suits.”

In order to foster an inclusive organisational culture, change must be ingrained from the top. Museum trustees must start to embody as well as drive the business case for diversity and inclusion. More than 90% of delegates and Twitter poll voters agreed that boards should set measurable diversity targets.

Staff should also take unconscious bias tests, be aware of their cognitive dissonance and reflect on their prejudices, said Emma Green, diversity manager at Tate, during a discussion on inclusive leadership.