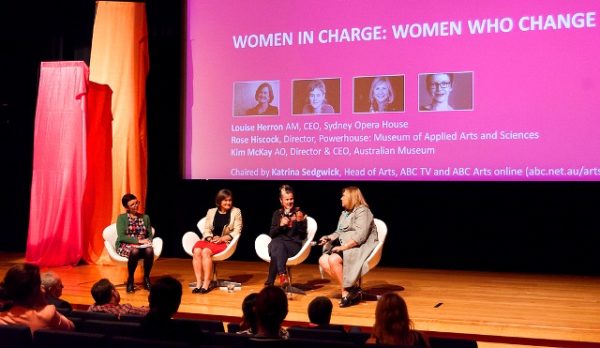 Andrew Taylor and Inga Ting, What arts bosses in Australia earn, and how women get less, The Sydney Morning Herald, 3 June 2016

The six-figure salaries paid to the heads of major cultural institutions place them among Australia’s highest income earners – higher in some cases than their political paymasters.

Art Gallery of NSW director Michael Brand earns $430,000 a year, while Sydney Opera House chief executive Louise Herron is paid $373,200. Both earn less than the $475,000 paid to Tony Ellwood, the director of the National Gallery of Victoria.

In comparison, NSW Premier Mike Baird is paid around $300,000, while the deputy premier and Arts Minister Troy Grant earns $270,000, according to the NSW parliamentary library. His federal colleague Senator Mitch Fifield, meanwhile, is paid just under $350,000.

A pay gap of nearly $165,000 or 38 per cent separates the male and female heads of the six major public cultural institutions in NSW plus the NGV and the National Gallery of Australia in Canberra, according to an analysis of executive salaries by Fairfax Media.

The median salary of the four female directors – Herron, Dolla Merrillees (Museum of Arts and Applied Science), Kim McKay (Australian Museum) and Elizabeth Ann Macgregor (Museum of Contemporary Art) – is around $270,000, according to figures collected from annual reports.

In comparison, the 300 highest-earning Australian chief executives CEOs received an average pay packet of more than $3 million a year, according to The Australian Financial Review Salary Survey 2015.

The visitors to the four institutions with male directors totalled 4.8 million, compared with 3.5 million for the four museums headed by women.