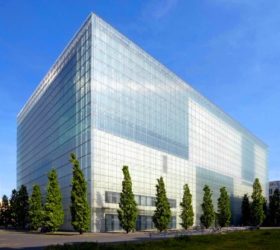 The German upper house of parliament today (8 July) passed a law aimed at tackling illegal trafficking in looted antiquities and protecting German national heritage, introducing what dealers call the most stringent import and export restrictions on cultural objects in the world.

The Cultural Property Protection Law faced opposition from art dealers and collectors as it wound its way through the legislature. By 4 July, more than 48,000 citizens had signed an internet petition calling “for the preservation of private collecting.” Dealers said private collectors were already moving valuable works abroad before the law’s passage to avoid the new regulations.

A group of 11 former directors of major German museums—including Herwig Guratzsch, ex-director of the Museum of Fine Arts in Leipzig and Christian von Holst, former director of the Staatsgalerie Stuttgart, warned in an open letter to the Bundesrat, the upper house of parliament, that “the exodus is already underway, the damage is already enormous and cannot be reversed.”

For culture minister Monika Grütters, the law is Germany’s commitment “to live up to its responsibilities for mankind’s cultural heritage – nationally and internationally”. It is, she says, “an imperative” given the destruction of heritage in conflict zones like Iraq and Syria and evidence that terrorists are using revenue from the illegal trade in archaeological objects to fund violence.