You are here: Home » Articles filed under: 'News' » Article: 'Gina Fairley on Museum of History NSW' 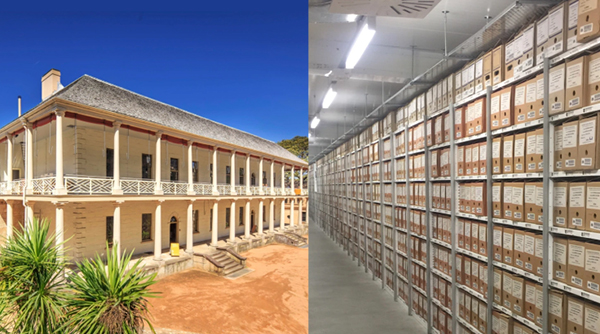 Gina Fairley, Taking Sydney out of the picture – rebrand gets it right, 22 November 2022

Museum of History NSW is Australia’s newest cultural organisation, merging Sydney Living Museums with the NSW State Archives for a next generation of storytelling.

Sydney Living Museums (SLM) has always been an umbrella body, corralling 12 separate institutions beneath it. But in that vision, is a flaw – a simple word – Sydney.

This week, the organisation rebranded as Museums of History NSW (MHNSW), to better describe not only its geographic footprint, but its celebration of history, as well as its ‘living’ future as a storyteller.

‘Museums of History NSW is history – but not as you know it,’ said Adam Lindsay, CEO, NSW State Archives and Sydney Living Museums. The CEO position for the newly legislated cultural institution is currently under application.

Lindsay explained to ArtsHub: ‘Ultimately, the name Sydney Living Museums didn’t really capture the statewide mandate … a lot of stakeholders were quite critical and confused about the fact that we do have properties in Western Sydney; we do have properties down south and in North Sydney. It was seen as a very Sydney CBD, impenetrable colonial institution.

‘That really was the reason why we decided to rebrand and adopt the statewide mandate that we’ve got under this new legislation,’ he continued.

Lindsay started with the NSW State Archives, before moving across to SLM as CEO of the two organisations in 2019, but the two always remained separate entities.

‘This is a marriage of two equal parts, not for one to be subsumed into the other; if we just subsumed that collection [of the State Archives] under SLM it would have seemed like a takeover, when in fact, this is creating something very new. And we also wanted to forefront history,’ he told ArtsHub.

Lindsay believes that in many ways, the role NSW has played in the Nation’s history is underplayed, and the rebrand is about giving greater gravitas to those narratives, and will add greatly to our social and political understandings, even today.

He makes the point that leading up to Federation, NSW was a ‘kind of regional power’, and from 1788 to 1840 even included New Zealand in its records.

‘So you’ve got this phenomenal kind of ins and outs of every decision about this time, for this part of the world – and that’s amazing … I mean, Queensland was proclaimed as a state, and then Queen Victoria nullified that and it came back into New South Wales. And before Victoria got up, it was also with NSW.

‘It’s the most important cultural, historically-based, material in the country, because of course, pre-1901 or pre-Federation – the Archives is the memory of the nation,’ said Lindsay.

While the State Archives manages and stores over 750kms of pages of government records end-to-end (which is equivalent of the distance between Sydney and Brisbane), when badged with the 12 museums and sites that define MHNSW (including the UNESCO World Heritage listed Hyde Park Barracks that was refurbished in the first year under Lindsay’s helm), we are talking about a collection value that exceeds $1.6 billion, and offers immense opportunities to reveal our shared history from many perspectives.

Getting the name right then, was important.

More than a name change

Speaking with Lindsay on the eve of the MHNSW launch, he said they are interested ‘in gathering people, and not gathering dust.’

The snappy phrase came about when conducting market testing ahead of the rebrand, which revealed that there were two main reasons people said they didn’t like history – that it reminded them of history lessons at school, or that ‘it was dusty’.

‘Because the word kept coming up, we decided to really tackle that head on’, Lindsay said.

The rebrand comes with a change of legislation, a new board, governance documents, a new logo and signage – ‘a complete new visual identity, where absolutely everything is based on the concept of dynamic history,’ he explained.

The new website will go live later this week, and will announce the 2023 program for the new organisation – despite MHNSW not actively running as an organisation until 31st December.

‘The reason we’re launching it early is I didn’t want to cancel everyone’s Christmas leave and say, “you got to stay here on New Year’s Eve to click the website over!”  So there’s that slight divergence between us announcing publicly that we’re now this entity, and the new entity coming physically into play with the new legislation being active on the 31st of December,’ explained Lindsay.

Speaking of the new website, Lindsay said: ‘There’ll be a single portal search on all our collections, some brand new kinds of features like 3D-scans of our properties, and a lot of our collection digitised.’

Lindsay has a reputation for shaking the rug and enthusing staff and audiences alike. He told ArtsHub: ‘I get really excited about engaging new people in what we do, that’s because I get worried that, unlike the art gallery or even natural history museums, we haven’t done enough as a history-based museum to make ourselves seem exciting and captivating – to be engaging for the next generation of audiences and board members and donors.’

‘I sometimes get, what I think is, unfair criticism because people see the bigger, more outlandish things we do and don’t realise that every single day we’re doing tours, we’re handing out hundreds of original documents to researchers, you know all that stuff is just endemic in what we do. So even though I talk about the kind of contemporary out of the box things, that doesn’t mean we disregard the more traditional, the more research-based [stuff]. They fit together,’ Lindsay said.

He said that groundwork in rethinking history in creative ways, funnels into this next chapter as a new cultural institution charged with elevating stories of the state and amplifying the significance of history in shaping NSW’s cultural landscape, and its influence on current and future generations.

‘The launch of MHNSW marks an opportunity for the people of New South Wales to explore history beyond what is already known, creating a refreshed outlook on what it truly means to keep historical legacies in front of us and not behind us. In doing so, we acknowledge a journey of learning and unlearning, a process that is integral to the growth and understanding of our state, concluded the MHNSW,’ Lindsay concluded.

There is a 12 month transition period for these amendments, which will come into effect on 1 January 2024.

Alongside the creation of MHNSW will be the formation of State Records NSW (SRNSW) – a separate and dedicated agency for recordkeeping standards, regulation, advice, education and policy.

The Museums of History NSW Act 2022 and the majority of amendments to the State Records Act 1998 will be effective from 31 December 2022.