You are here: Home » Articles filed under: 'News' » Article: 'Gina Fairley on what AG Budget means' 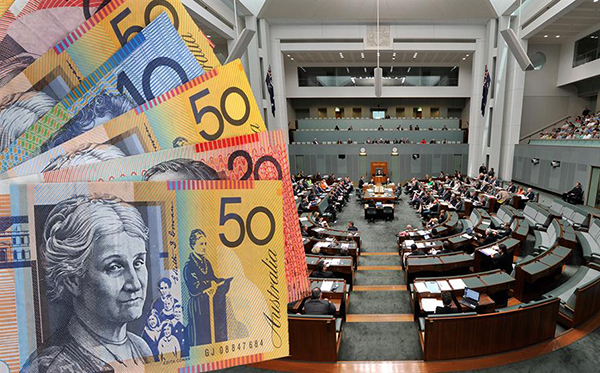 It is no surprise the arts and culture sector has been ignored in last night’s Budget 2020-21 delivery, despite the mantra being jobs, jobs, jobs, and a veiled message of care and recovery for all Australians.

The government was due to deliver the 2020-21 Federal Budget on 12 May, but postponed it because of the coronavirus pandemic.

But the wait hardly seemed worth it for the arts. Overwhelmingly, the sector has again been ignored. In his speech, Treasurer The Hon Josh Frydenberg said, ‘Our plan is guided by our values.’ The message is clear. There is no room to value the arts.

It is a wrenching outcome, that moves our sector beyond a ‘downturn’ to impending decimation.

While it is recognised that our nation faces its largest economic contraction since the 1930s – the highest budget deficit since World War II – our recession is now boldly delivered in print with this budget, but it remains an uneven picture with gaping holes … becoming wounds.

Frydenberg reminded that globally 600 million people have lost their jobs. ‘The global economy is expected to contract by 4.5 per cent this year compared to just 0.1 per cent during the GFC. Australia is not immune.’

But despite the multi-million dollar arts and culture sector – let’s call it industry to put it in the Federal Government’s headlights – being the hardest hit, no direct relief was steered towards the sector for the next financial year. There are opportunities to tap what is on the table generally, but as we came to learn with JobKeeper, arts workers and freelancers are not always eligible.

This is of course, based on the understanding that we are moving out of COVID-19 and a vaccine is coming.

The big spends across Budget 2021-21 were clear: jobs, enabling infrastructure plans ($14 billion), manufacturing ($1.3 billion) and a surprise focus on the environment to the tune of $1.9 billion.

So how will the arts find some relief in this year’s budget and some job creation?

To see the full list of agency resourcing under the 2020-21 Budget. What these figures don’t tell is often the full story. Several of these organisations have also received funding in this financial year as a result of COVID impacts. ArtsHub will dive deeper into these numbers later this week.

The MEAA (Media Entertainment Arts Alliance) made the point in their statement: ‘The cuts to the ABC began in 2014 and by 2022 will total more than $780 million. It is hard to see how the ABC can carry on without making further, damaging cuts to its workforce and the services it offers.

‘The $250 million announced earlier this year – most of which was loans or insurance assistance – will do little to address the sector’s structural challenges. Arts and entertainment workers, already shaken by widespread ineligibility for JobKeeper payments, should be aghast that they have again been by-passed by a big-spending Budget that provides no roadmap for the sector’s restoration,’ the MEAA added.

‘The package of measures for the screen industry announced last week and included in tonight’s Budget represent a missed opportunity to help the sector rebuild and contribute to the economic recovery. MEAA acknowledges the additional funding for Screen Australia, but notes that this simply restores what was cut from the organisation’s budget from 2013-14.’

TRICKLE THROUGH POTENTIAL IN BUDGET 2020-21

While not addressing the arts specifically, some spending may trickle down to the sector with artists and organisations seeing these benefits.

‘Eight out of every ten jobs in Australia are in the private sector,’ Frydenberg reported. That number is considerably lower for the arts.

Investment in training and education

Looking out for women

Australian women made up the majority of those who lost their jobs during this crisis, said the Treasurer. Many of these have been within the arts and culture sector, which is gender weighted to women. $240 million has been committed to:

Additionally in the pre-budget announcements the Federal Government pledged a further $305 million towards childcare, largely targeted at Victoria as the state battles its second wave. The support package would see the activity test, which determines how many hours of subsidised care parents receive, relaxed until 4 April 2021.

A SUMMARY: NOT WORTH ITS WEIGHT IN PAPER

What political commentator Ben Eltham described earlier this year as a ‘cultural bloodbath years in the making’, has only been continued with last night’s announcement of Budget 2020-21.

There are a few slim opportunities that the arts and culture sector can piggy-back on: by employing new staff under 35 years who have been on JobSeeker; writing off asset purchases if you are a private business, and individuals in lower tax brackets finding some relief from reduced threshholds.

But that is really it. The rollout was depressingly familiar.