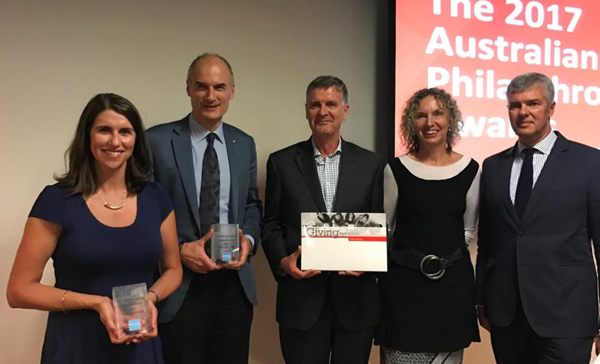 The Hon Christian Porter MP, Minister for Social Services, today released Giving Australia 2016 Philanthropy and philanthropists report and announced the opening of a grants funding round to celebrate grassroots partnerships between business, philanthropists and community organisations during Community and Philanthropy Partnerships Week.

The Philanthropy and philanthropists report focuses on the giving patterns of high-net-worth (HNW) and institutional givers. Findings from this report will be of particular interest to philanthropists and grant-makers, financial intermediaries including advisors and planners, and nonprofit organisations.

Member of the Prime Minister’s Community Business Partnership and Chairman of Perpetual Limited, Peter Scott, hosted a lunch with philanthropists and representatives of the nonprofit sector in Sydney to discuss the findings of the report and how partnerships can foster a culture of giving and volunteering in Australia. Peter Scott also provides a comprehensive overview of the Giving Australia 2016 series in this YouTube presentation.

Further Giving Australia 2016 reports will be released progressively in 2017: