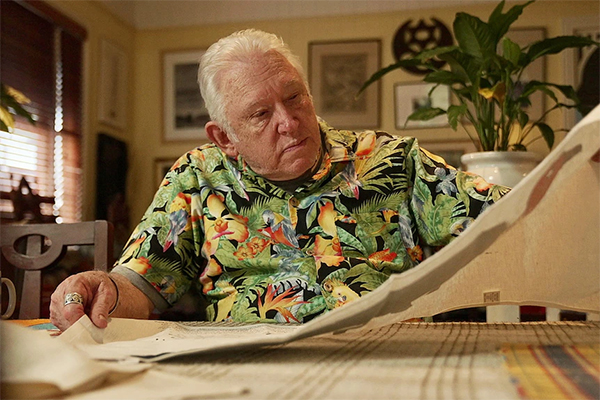 Glenn Cooke looking at one of his tea towels at home. (ABC News: Mark Leonardi).

He’s an eclectic curator with an eye for quintessentially Queensland collectables, an encyclopedic knowledge of dates and events which shaped the Sunshine State, and a penchant for Hawaiian shirts.

Glenn Cooke’s collection of tea towels and Story Bridge souvenirs, meticulously selected over decades, are held by the State Library of Queensland.

They contain everything from pristine 65-year-old Irish linen towels with beach and reef motifs, to a glittering 1970s kitsch painting of Brisbane’s famous bridge on black velvet. 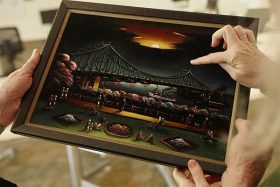 Glenn’s backyard in Brisbane’s West End is bursting with creations of his own design — garden edges of glass bottles and plant pots mosaiced with broken crockery from yesteryear — some of it he discovered while digging in the garden.

“In the olden days … there was not much rubbish collected in Brisbane and everything ended up in the backyard, so the bits and pieces I found tell you about the history of ceramics used in Brisbane,” he said. 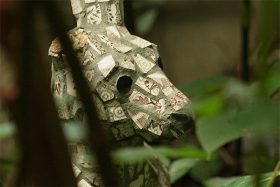 What’s clear about Glenn’s collectables and creations, is that each has a story and all of them help to paint a picture of the man who brought them together.

“Well I guess I was a born collector … I actually started out with that usual system — collecting stamps,” Glenn said.

An early love of gardening led to a collection of succulents. An interest in visiting galleries inspired collections of art and ceramics. 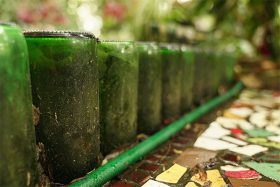 The son of a shearer and a waitress, Glenn grew up in Blackall in western Queensland. As a child, he had no idea he’d develop a passion for decorative arts that would take him around the world.

“That’s even a mystery to me. I’d describe my career trajectory as drifting along with the tumbling tumbleweeds,” Glenn said. 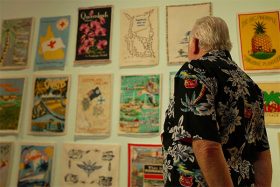 Many of Glenn’s tea towels are on display at the State Library.(ABC News: Mark Leonardi).

Glenn’s working life started in the 1960s as a clerk in the court of petty sessions in rural Queensland.

After moving to Ipswich, he developed an interest in interior design and embarked on a course while working at Tritton’s Furniture at Woolloongabba in Brisbane.