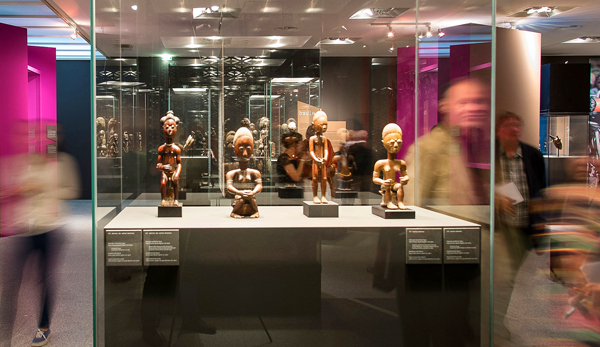 Germany’s new 130-page code of conduct should help museums determine whether colonial-era artifacts were taken unlawfully. But then what?

French President Emmanuel Macron started things off when he announced in November 2017 that “African heritage cannot be a prisoner of European museums.” France will work to repatriate art back to its former colonies, he said. Since then, pressure on European museums has been growing, and helped usher in Germany’s restitution efforts, too.

Now, German museums’ collections of colonial-era artifacts, statues and art are being put under extra scrutiny as the country moves towards a nation-wide restitution effort. Germany’s culture minister, Monika Grütters, and the German Association of Museums published a code of conduct this week that outlines how curators can determine whether historical artifacts were acquired unethically or unlawfully by today’s standards.

Unsurprisingly, the non-binding document outlines other ways of addressing conflicting claims to artifacts that doesn’t necessarily require returning them to their rightful owners. This reiterates what critics have so far seen to be true: Restitution is the exception, not the rule.

To date, much of Germany’s restitution work has focused on art confiscated by Nazi’s during WWII.That has put items taken before the 1930s in Germany’s “blind spot,” Ms. Grütters said. But Germany’s empire, even if comparatively small compared to the empires of England and France, had actively invaded Africa as early as 1884. The country had several colonies in the modern countries of Burundi, Cameroon, Namibia, Rwanda, Togo and Tanzania, among others on the western coast of the continent.

It was during this time that objects were taken from Africa for display in German museums, including the Berlin Natural History Museum’s 150-million-year-old-skeleton of a Brachiosaurus. The massive nearly 43-foot-tall skeleton towering across the exhibit is the first artifact visitors see when they enter the museum, but it is not from Germany. The dinosaur was excavated in Tanzania between 1909 and 1913 by a German paleontologist, while the country was under German rule.

In an interview with Die Zeit, Hermann Parzinger, president of the Prussian Cultural Heritage Foundation, said museums should confront colonial heritage similar to how Nazi-confiscated art is dealt with in the Washington Principles, first established in 1998. “We will return stolen objects,” he said, but non-stolen artifacts may only end up being temporarily loaned out or included in traveling exhibitions. There might also be a type of joint-custody between Germany and the country or origin.

One group of critics, the initiative for black people in Germany (ISD), says the code of conduct distances museums from Mr. Macron’s initiative. “The guide is a doomed attempt to preserve colonial vested rights,” said ISD’s Tahir Della. The organization also criticized Germany’s museums for not having created a proper, transparent inventory of these objects long ago, suggesting the country wants to keep them under wraps.

Much of the impetus for Germany’s government actively addressing its colonial restitution policies comes from a need to address vocal critics ahead of the opening of the Humboldt Forum in 2019.

The new museum, which will hold Germany’s Asian and ethnographic art collections in a reconstructed Prussian-era palace, has been loudly criticized by art historian Bénédicte Savoy. Ms. Savoy abruptly resigned from the Humboldt Forum’s advisory board in 2017 because she felt the curators were inadequately researching the provenance of the collection. She is now one of President Macron’s two advisors assisting him on repatriation matters involving African art in France.

Jürgen Zimmmerer, a Hamburg-based expert, said that displaying foreign and exotic artifacts is in itself historically and symbolically linked to colonialism, and that the Humboldt Forum needs to face Germany’s colonial legacy.

Last month, Ms. Grütters took efforts to calm the situation even further, pledging an undisclosed sum to the Prussian Cultural Heritage Foundation to fill six new positions, four of which are dedicated to researching colonial-era objects. It is aligned with a similar move by the German Lost Art Foundation, normally focused on Nazi-looted art, to allocate part of its government funding to oversee provenance research into artifacts from former colonies.

Shortly after the document was released, Berlin’s Prussian Cultural Heritage Foundation formally returned nine artifacts, including masks and a baby basket, that had been taken from Alaskan burial grounds in the 1880s by a Norwegian ethnologist. The items were returned to a group representing the indigenous Chugach people from the US state. According to Ms. Grütters, the new restitution drive “doesn’t end here but is only just starting.”