You are here: Home » Articles filed under: 'News' » Article: 'Go beneath the waves'

Go beneath the waves 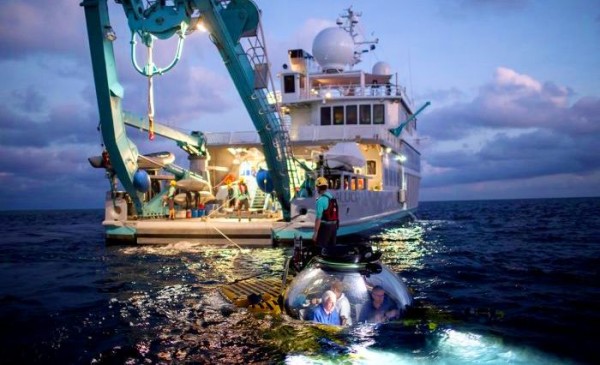 From the Great Barrier Reef to the origins of life, virtual reality has the potential to transform the way we experience and think about the natural environment. Ann Jones heads to the Australian Museum in Sydney, where she virtually steps into a tiny submarine with Sir David Attenborough.

Sir David Attenborough has always been an early adopter of technologies. That hasn’t changed, even though he’s almost 90.

This week the Australian Museum is hosting the Australian premiere of two virtual reality Attenborough films, one of which was shot on location at the museum’s own Lizard Island Research Station.

After putting on a headset and headphones, the viewer is surrounded by the world as Attenborough’s production team sees it, full of expensive technology and natural beauty.

As Attenborough lowers himself into a bubble-like submarine, you too are taken below the water’s surface.

‘I think it’s going to be one of those times where you remember: “This was the first time that I experienced virtual reality.”