You are here: Home » Articles filed under: 'News' » Article: 'Gold of Sea' 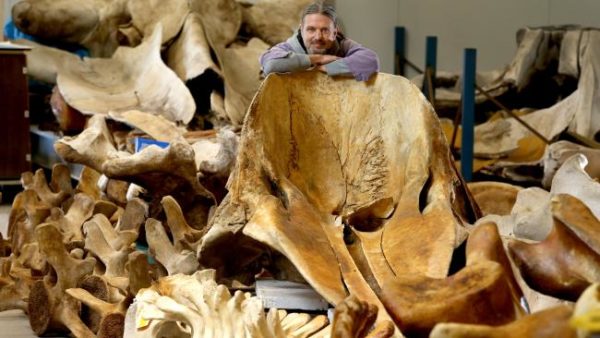 Discovered by a South Australian Museum staffer, a fist-sized lump of white ambergris, prized for centuries as a medicine, aphrodisiac and perfume, “popped out during the rotting process’’, said mammals collection manager David Stemmer.

Weighing almost 2kg, the piece was recently appraised as of highest quality by a New Zealand trader, at $20,000 a kilogram worth half the value of gold by weight. It completes Australia’s most comprehensive ambergris collection, Mr Stemmer said.

Rarity drives its value because the waxlike substance is found in only 1 per cent of sperm whales and usually discovered floating on the ocean or washed up on coastlines of South Africa, Australia and New Zealand.

Demand remains strong from the perfume industry, which considers ambergris a better fixative than the synthetic alternative ambroxan. It is used in high-end perfumes to preserve scent.

Often called “floating gold”, ambergris was traded by Arabs along the Indian Ocean coast from 900AD and was thought to be a product of coastal tree roots. Its real origin, in whales’ intestines as masses of indigestible squid beaks, tentacle rings and parasite cuticals, was found by scientists in the late 1770s.