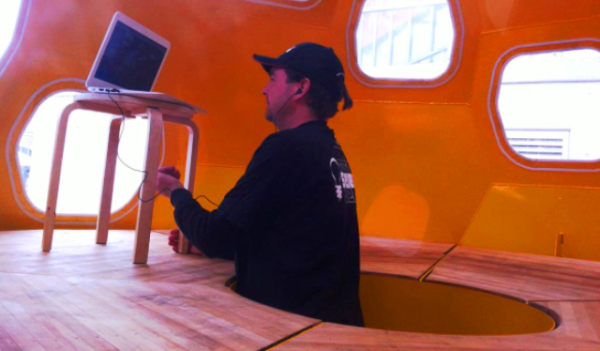 Hanging out with Lloyd.

As part of our National Science Week grant (funded by Inspiring Australia) we partnered with Google Australia to trial using hangouts to connect with schools. This is the first time in Australia that an external institution has been invited to use hangouts outside of the school system and, while there were some initial teething problems, the execution and experience that the students are having has been seamless, and fun! So far six schools from around Australia have dialled in to listen to our underwater adventurer in residence, Lloyd Godson, talk about the science of living under the sea (more about Lloyd’s work can be found here).

I asked Lloyd how he found using hangouts and this is what he had to say:

Of course hangouts are not a new concept, but it is new for the museum and we’ll definitely be doing them again. If you want to know more about how hangouts are being used in education check out these useful posts:

If you want to meet Lloyd and see his amazing underwater habitat he will be at the museum until Sunday – see more about our National Science Week activities on our website or follow the hashtag #NatSciWk on Twitter.

Thanks to Google Australia, Lloyd and Inspiring Australia for this great opportunity and for an exciting National Science Week program!