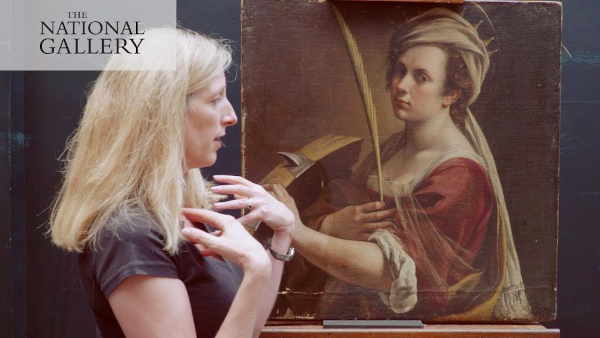 Ben Davis, In a Year When Many Were Stuck Indoors, Google Says ‘Virtual Museum Tours’ Was Among Its Most Popular Search Terms, ArtNet, 11 December 2020

Museums looking to catch the wave of interest may have already missed it, however.

Google’s just-released Year in Search claims to offer a glimpse into what the cultural hive mind was up to in 2020, from obsessively searching for “election results” to querying the definition of “WAP.” Given the stay-at-home orders that have dominated this plague year, searches for things that begin with “virtual” feature prominently—and museums can take a little heart from the results. Among the most popular of these is “virtual museum tours.”

Faced with limited audiences and a cash crunch, museums have been looking to their online offerings as a lifeline. In fact, this week the New York Times published a piece about British museums that have begun charging for online tours of popular shows in an effort to tap new supporters.

On investigation, however, the interest in “virtual museum tours” appears to have been notably short-lived. Looking at the history of interest in the term, it peaked sharply around March 15–21, right when the arrival of the coronavirus in the United States first started forcing stay-at-home orders.

Since then, interest has fallen off and is now back to just a little bit more than what it was pre-pandemic. Search for “virtual field trips” peaked at the same time, before similarly declining steeply. 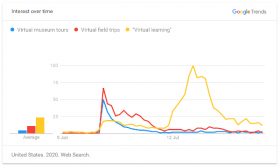 In contrast to that pattern, another term, “virtual learning,” had a less impressive spike at the start, but then grew dramatically in interest over the summer as the realities of school closings set in. Interest in “virtual learning” has remained relatively elevated since.

It may be that virtual museum tours and virtual field trips were the first things that came to mind as distractions for stuck-at-home children—but that they proved poor substitutes for the real thing and offered little reason to come back to them over time.

Curator Letizia Treves, who stars in the much-touted half-hour pay-to-watch walkthrough that the National Gallery in London is promoting for its “Artemisia” show, actually told the Times that she herself was not a fan of the virtual museum experience. As the Times reports, “She tried one, she said, in which the idea was to drag a computer mouse around to look at paintings onscreen, but she found the experience frustrating. ‘By room 2, I stopped,’ she acknowledged.”