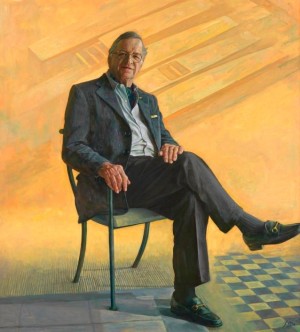 I am deeply saddened to hear of the passing of L. Gordon Darling AC CMG. I express my sincere condolences to his wife Marilyn Darling AC and their family.

Alongside his wife Marilyn, Gordon Darling was one of Australia’s most significant and generous philanthropists to the arts, holding a particular passion for the visual arts. His vision and philanthropy were recognised when he was made a Companion of the Order of Australia in 2004.

Gordon was the inaugural Chairman of the Board of the National Gallery of Australia (then the Australian National Gallery) from 1982 to 1986, and he founded the Gordon Darling Australia Pacific Print Fund in 1987 which has acquired over 7,000 prints for the national collection.

In 1991, he established the Gordon Darling Foundation which continues to provide generous funding and staff development opportunities for public institutions across Australia. In the same year, Gordon and Marilyn championed the touring exhibition Uncommon Australians: Towards an Australian Portrait Gallery which led to the establishment of the National Portrait Gallery of Australia.

Gordon was a great Australian, his commitment and generous contribution to Australia will always be remembered.