You are here: Home » Articles filed under: 'News' » Article: '‘Great Art & Culture for Everyone’ vs'

‘Great Art & Culture for Everyone’ vs

June 25th, 2019 | Browse other: News. | Tagged with: English arts funding is at a crossroads again, Has the Arts Council passed its sell-by date? | 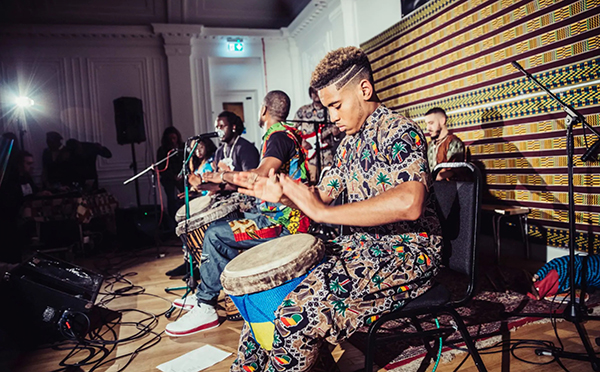 Ivan Hewett, Has the Arts Council passed its sell-by date?, The Telegraph, 20 June 2019

English arts funding is at a crossroads again – but does the mantra of “accessibility” really offer the best way forward, asks Ivan Hewett

Once again, the Arts Council of England has been accused of dumbing down the nation’s cultural life. It’s an accusation that’s often been made in the Council’s 74 years of existence, but this one comes at an especially significant moment. The ACE is now in the process of devising a strategy for the next 10 years, and it’s come up with something that seems both scarily radical and strangely familiar.

In April, the ACE’s deputy director Simon Mellor declared that, from now on, the litmus test for determining whether an arts organisation deserved support would be “relevance”. He also warned that “it will no longer be enough to produce high-quality work… You will need to be able to demonstrate that you are also facing all of your stakeholders and communities in ways that they value.”

Last July, the ACE published a strategy document, which says that the arts should be all about participation and tailored to local needs, that minorities and women should be better represented. The document includes in-depth studies of the kind of arts practice that the ACE wants to prioritise. One example is Create, a charity that helps people in care to restore meaning to their lives through participating in cultural projects.

Eager to get a response to the document, the ACE asked some London-based arts practitioners to give their views. According to a report earlier this month in Arts Professional, they’re not happy. “We should not be seeking to spread the most work to the largest number of people at the expense of quality or meaningful engagement,” they opined. Some went so far as to say that these proposals “were signalling a profound shift from ‘Great Art and Culture for Everyone’ to ‘everyone has the right to access some art and culture’”.

Some might feel a weary sense of déjà vu on reading this. The struggle between the “art for art’s sake” view of arts funding, and the approach that treats art as a tool of social engineering, seems to have been going on forever. Back in 1945, when the Arts Council was set up, the supreme value of the high arts was unquestioned. “Accessibility”, that mantra of current arts funding, wasn’t thought to be anything very complicated; it was just a matter of keeping ticket prices low.

That policy has enabled so much creativity across all the arts, at the highest level, that one can scarcely imagine the arts scene in the UK without it. One need only think of such recent populist triumphs as the Royal Shakespeare Company’s Matilda or the National Theatre’s War Horse, or critically adored, more challenging offerings such as George Benjamin’s Lessons in Love and Violence at the Royal Opera House, to be reminded that Arts Council funding can unlock the kind of creativity that the private sector on its own could never achieve.

But that radiantly simple founding vision has been lost, as British society and the arts themselves have undergone vast changes. The Arts Council has struggled to respond to these changes, by widening its purview to embrace the arts of ethnic minority communities, as well as experimental and new artistic forms such as video and digital arts.

Just to add to the complexity of its task, the Arts Council has had to respond to political pressures. In John Major’s reign, culture was focused on “heritage”; in the Blair years, it was “Cool Britannia”. In subsequent governments, we’ve had a focus on encouraging private investment, captured by the unlovely phrase “value for money, money for values”, followed more recently by a determination to use the arts for social engineering. Everything from rehabilitating prisoners to curing loneliness to regenerating inner cities has been laid at the door of the arts.

Pulled between these various social and political and aesthetic agendas, some of which are incompatible with each other, the ACE’s mission has become increasingly incoherent. Some of the results of its new social conscience have proved to be impressive and moving on their own terms, such as the projects created by Youth Music in Brighton to ease the problems of disabled youth by involving them in musical projects.

Then there’s the pioneering youth theatre Company Three, whose brilliant Brainstorm about the teenage brain was seen at the National in 2016, and which sees its mission “to change the way that adults and the world see teenagers.” But somewhere along the way, the idea that art is a noble enterprise, with its own special value that makes it worth cherishing in itself, has been lost. One gets the impression that the Arts Council has actually become embarrassed by the idea; certainly the brief references to it in the strategy document seem perfunctory, put there just to persuade us that the Arts Council hasn’t entirely lost touch with art.

It’s worth comparing this mealy-mouthed approach to the topic of artistic quality with another manifesto for the arts, published a few months later by the Movement for Cultural Democracy. Here, artistic quality isn’t mentioned even once. In the eyes of these radicals, cultural value is all to do with being the authentic expression of the community that produces it.

They criticise the Arts Council’s top-down approach, which imposes external standards of “engagement” and “access” and “value for money”, and instead advocate a bottom-up approach, where local communities are funded directly from Lottery funds. (This is because Lottery ticket buyers come, on the whole, from poorer sections of society, and so this would be a way of returning funds to the communities that contributed them.) Bureaucratic measures of “relevance” and “access” are no longer needed, because the community already knows what kind of art matters to them, and where and how it should be provided. 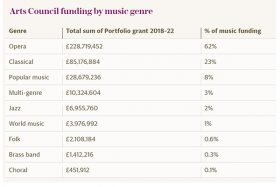 There are certainly problems with the Movement for Cultural Democracy’s approach. They want a world in which the arts are “radically decolonised” and responsive to issues such as environmental sustainability, and also that at least 50 per cent of funds go to women and BAME artists. It’s hard to imagine that these aims could be achieved with genuine grassroots democracy; some heavy “top-down” direction would surely be needed. But at least the movement has the virtue of being clear and honest.

So here’s a truly radical suggestion: set up a new agency, under the aegis of the Department for Health and Social Care, funded by the Lottery, which in a truly “bottom-up” manner takes on responsibility for those forms of cultural expression which give voice to community identity, or are made in response to a social need. Leave the Arts Council to fund the kind of art where artistic quality is the only thing that matters.

If the government followed this prescription, it could have a wonderfully liberating effect on the ACE. Freed from the burden of trying to change society through art, it could go back to the thing it used to be good at – finding and nurturing the best creative artists, without shackling them to any social agenda, in the belief that what they do is a good in itself. If the Arts Council chose that path, it could find a clarity and resolve that it hasn’t had for years.