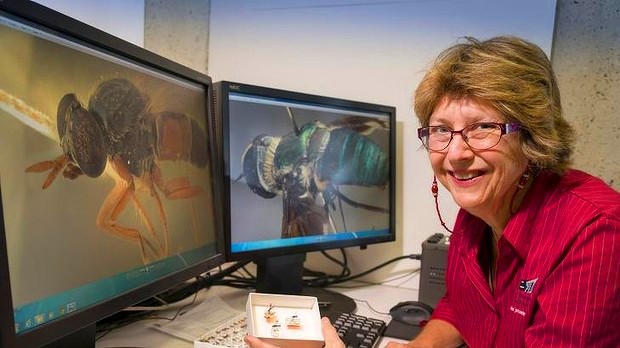 They are a national nuisance and something of an ironic Australian symbol, but documentary The Great Australian Fly reveals the insect has been getting bad press.

The fly’s wings beat 200 times a second and in one second the fly can travel 300 lengths of its own body.

Yet a fly brain has less computational power than a toaster.

There are tens of thousands of different types of flies

While most people can only name the three most common types — the bush fly, the house fly and the blowfly — there are thousands of different flies.

They are natural survivors
Dr Lambkin says flies have survived for millennia because of their ability to adapt to the environment.

“They have got diverse ways of living both as immatures and as adults and they can propagate in very large numbers, very quickly,” she said.

“There is a scientist based at the University of Wollongong, Associate Professor James Wallman, who spent much of his life … studying the sex life of flies,” she said.

“He shows the different mating signals the flies do and we see the flies waving their legs and we think they are moving around but they are doing a mating dance.”

Not all flies are dirty or carry diseases
Dr Lambkin says it is a misconception that flies spread disease, are bad for your health, or need to be killed and removed from the environment.

“Yes, flies, the house fly and the bush fly can actually carry germs on their bodies,” she said.

But she says “there is no evidence of them transmitting disease.”

“In comparison to another fly … we know mosquitoes are vectors of very, very bad parasites, things like malaria,” Dr Lambkin said.

Australian ecosystems need flies to survive
Dr Lambkin said the world would be a very different, very dirty place without the humble fly.

“They are absolutely important to the ecosystem — the numbers of flies that are used as food for other animals,” she said.

“Most flies are actually decomposers of organic matter, dead organic matter. If we didn’t have flies, we would be swimming in it.”