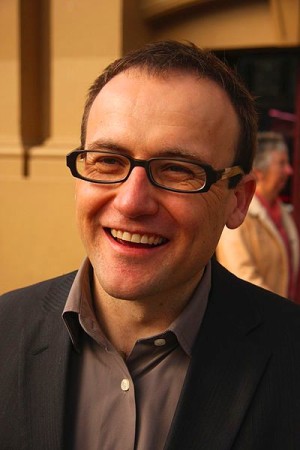 The MP for Melbourne was appointed as arts spokesperson on Monday and has already gone on the attack.

Adam Bandt, the Federal Member for Melbourne and the sole Greens MP in Canberra’s House of Representatives, was appointed as the party’s new arts spokesperson on Monday.

The portfolio was previously held by Greens leader Christine Milne, who announced her decision to step down from politics earlier this month.

A former lawyer who has worked on cases involving freedom of speech as well as representing some of Melbourne’s lowest paid workers, Bandt was first elected to Parliament in 2010. He was re-elected in 2013 with an increased majority.

Shortly after being appointed to the arts portfolio on Monday, Bandt spoke out in Parliament against the recent and contentious changes to arts funding introduced by Minister for the Arts Senator George Brandis.

Bandt described Brandis as ‘the arts minister who says he believes in freedom of speech but not the ability of Australian artists do their work and speak truth to power.’

He criticised the Minister’s decision to cut money from the Australia Council in order to establish a new National Programme for Excellence in the Arts.