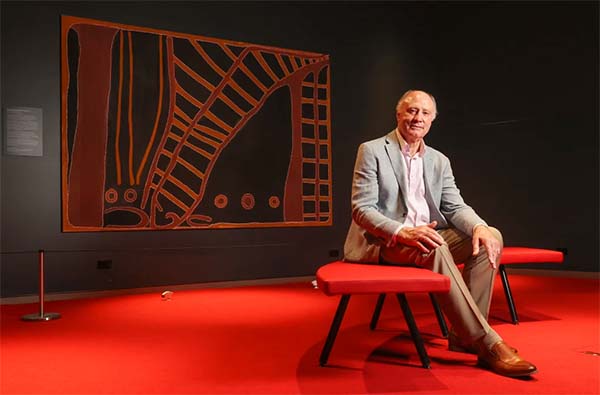 John McDonald, A National Cultural Plan can help anchor our identity, but no one is listening, The Sydney Morning Herald, 23 February 2022

For decades, Rupert Myer AO has been one of this country’s most consistent advocates for arts and culture. On Tuesday night the businessman and philanthropist delivered a keynote lecture titled Growing Australia’s Cultural Inheritance at the National Museum of Australia in Canberra. An impassioned argument for greater cultural awareness and support on behalf of both government and the private sector, it was the kind of address to which no one could take exception.

Unfailingly polite and full of goodwill, Myer called for bipartisan generosity for cultural initiatives, and the establishment of a National Cultural Plan. He spoke in praise of Indigenous culture, saying we have a lot to learn from the First Australians. “Ours is not a derivative culture.” he said, “It is anchored with the stories and practices of Indigenous Australians, and evolves as our nation does, moment by moment.”

Myer’s message received a sympathetic response from filmmaker, Alison Page, who echoed the idea that Indigenous culture could and should be available to all Australians who cared about this country and ongoing issues of national identity.

“Hear, hear!” we shouted, but a quick look around the audience revealed not a single member of federal parliament, and relatively few representatives of Canberra’s other museums and galleries. The Governor General and Mrs Hurley were in attendance, but those best placed to implement Myer’s suggestions were nowhere to be seen.

The sentiments may have been impeccable, but the real battle is to get anyone to listen.

“There are concerning signs that we are taking our culture for granted,” said Myer. “Australia is towards the back of the pack among OECD nations when it comes to government investment.”

He noted we are currently ranked 23rd out of 34 members, and that our investment in culture, across all three levels of government, has fallen by 7 per cent on a per capita basis over the past 12 years.

Along with these depressing statistics there was praise for the host venue, the NMA, which has tried harder than most to get things right. Under the directorship of Matthew Trinca, the museum has held three important cross-cultural exhibitions: Encounters (2015), Songlines (2017) and Endeavour Voyage (2020). At present, Songlines is in Europe, where it is becoming the most Australian successful touring exhibition of all time.

There was a sense of frustration that the NMA, despite its many achievements, is persistently underfunded and underrated in comparison with institutions such as the National Gallery of Australia or the Australian War Memorial. It’s a poor reward for working within budgets and delivering results.

One person who has appreciated the Museum’s efforts and taken a serious interest in matters of cultural heritage, is art dealer and philanthropist, Michael Blanche. In honour of his late wife, the redoutable Lauraine Diggins, Blanche has gifted the NMA an important painting by Rover Thomas (1926-98), valued at $1.2 million.

Jabanunga aka Goorialla (The Rainbow Serpent) (1996), schematically depicts the Rainbow Serpent plunging into the earth in the wake of Cyclone Tracy. A large, complex work that deals with themes of cosmic destruction and restitution, it’s the kind of painting that instantly becomes a focal point of the permanent collection.

For Blanche, who says philanthropy has always been his “principal motivation”, it’s a vote of confidence in the museum and an attempt to convince wealthy Australians of the pressing need to support our cultural institutions. Perhaps some of those influential types who didn’t attend the lecture might come to look at the painting.