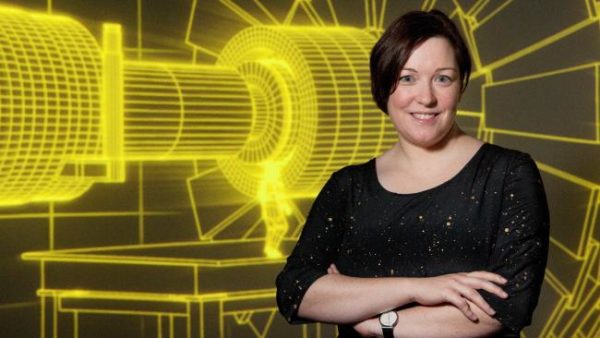 Alison Boyle, curator of modern physics at London’s ­Science Museum, assures us nothing untoward will occur when the exhibition starts up.

When lab coat-clad boffins first fired up the world’s largest science experiment, deep underground on the outskirts of Geneva in September 2008, there were fears they would create a huge black hole that the world would be sucked into.

The Large Hadron Collider (LHC) at the European ­Organisation for Nuclear Research (CERN) in Switzerland is being used to explore how the universe was formed and involves banging together particles to recreate the aftermath of the Big Bang.

There were concerns the experiments, being conducted in 27km of tunnels full of piping and gargantuan mach­inery, including the world’s most powerful magnets, would turn into a science fiction-style catastrophe.

And now they are bringing it to Brisbane. Gulp.

An exhibition featuring the LHC will soon be setting up at the Queensland Museum to help us learn more about the building blocks that make up our universe and the laws that govern their behaviour.

But everybody in Queensland should just relax, says ­Alison Boyle, curator of modern physics at London’s ­Science Museum. She assures us nothing untoward will occur when the exhibition Hadron Collider: Step inside the world’s greatest experiment opens next month. Boyle, who curated the exhibition with her colleague, Dr Harry Cliff, confesses people all over the world do get a bit jittery about what’s going on underground at CERN (the acronym ­originally represented the French words for the organ­isation, Conseil Européen pour la Recherche Nucléaire).