You are here: Home » Articles filed under: 'News' » Article: 'Hall of Memories' 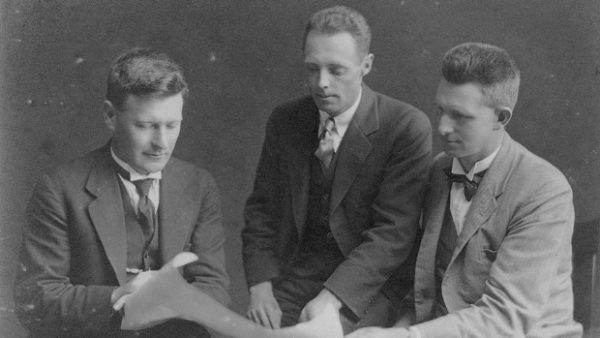 Hugh Grierson, Keith Draffin and Kenneth Aimer were the original designers of the World War One Sanctuary at the Auckland War Memorial Museum.

Among the quiet and commemoration on the top floor of the Auckland Museum, builders worked tirelessly to complete a major restoration.

Behind cladding and hoardings sat the World War One Sanctuary, situated within the Museum’s Hall of Memories.

From April through until August the sanctuary was closed for the extensive heritage maintenance and repair work on the windows and framework.

“The logistics were hard as the museum is one of the hardest buildings I’ve had to work on because it’s open to the public,” Gibbons says.

As the air-conditioning for the museum has to be regulated properly, repairing the windows was a tough task.

“All the windows got taken out and obviously the museum has to maintain the same temperature to keep the dust out.”

The extensive restoration work came under budget at just under $500,000 and involved rebuilding stained glass, removing rust, fixing plaster and stonework all while trying to avoid damaging the floor and the marble monument.

“Every surface had to be protected because a lot of it is irreplaceable and all of this had to happen without anyone knowing, and especially because this space is a quiet place of reflection,” Gibbons says.