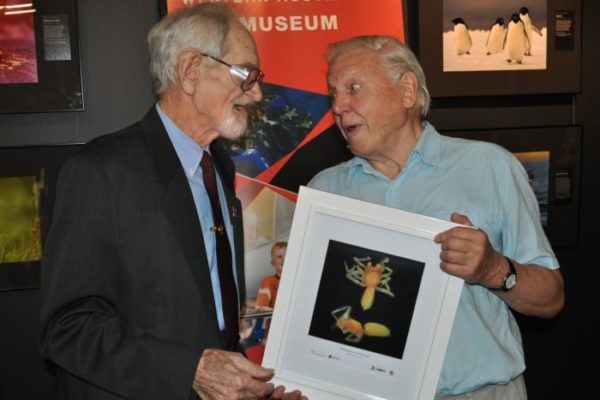 The first part of the Western Australian Museum redevelopment project has opened with a special tribute to internationally renowned conservationist Harry Butler.

The scientific research facility and storage centre at Welshpool has been named in honour of Mr Butler, who died last year.

His son Trevor Butler, who attended the opening, spoke frankly about what his father would have thought.

“He’d think it was 30 years too late, speaking honestly,” he said.

The new $17.6 million facility includes a storage centre for more than 8 million items in the WA Museum collection.

There is also a scientific research facility complete with a wet storeroom, ultra freeze room and purpose-built laboratories.

Minister for Culture and the Arts John Day described Harry Butler as a “strong friend” of the Museum, having been an employee at one stage.

“He was a very passionate advocate for the role of the museum in discovering and preserving Western Australia’s biodiversity and the enormous range of species that do exist in Western Australia,” he said.

“He left a significant bequest to the museum as well and has been a very strong advocate for all of the museum’s activities.”