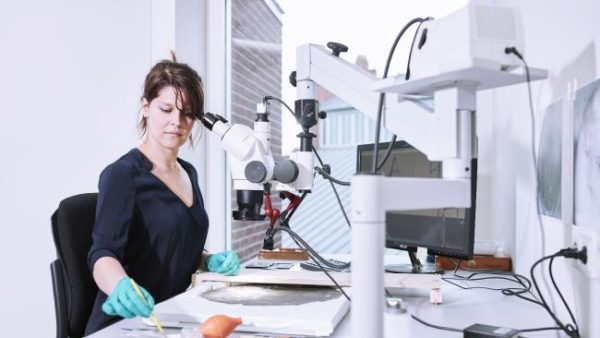 The first European artefact to ­appear on Australian soil, the Dirk Hartog Plate, will soon return to Australia 400 years after the Dutch explorer nailed the pewter plate to a wooden post on October 25, 1616, on a headland 900km north of Perth.

Then another Dutch captain, Willem de Vlamingh, found it, replaced it with his own plate, and took the original to the Dutch East India Company port in ­Indonesia.

It was later handed by Dutch royalty to Amsterdam’s Rijks­museum, which has lent the priceless artefact to the WA Museum for temporary display.

For the first time in decades, it will lie side-by-side with Vlamingh’s plate.

The plate’s return will be part of the Hartog 400th anniversary celebrations to commemorate an extraordinary era in which the fates of Dutch maritime explorers and “Terra Australis Incognita” collided.

After Hartog made history as the first European to make footfall, his hand drew the first records of Australia’s west coast on the world’s maps.

Dutch royals King Willem-Alexander and Queen Maxima, who will visit Western Australia this month, inspected the plate this week prior to its long journey south, while officially opening Mapping Australia: Country to Cartography in Utrecht’s Aboriginal Art Museum.