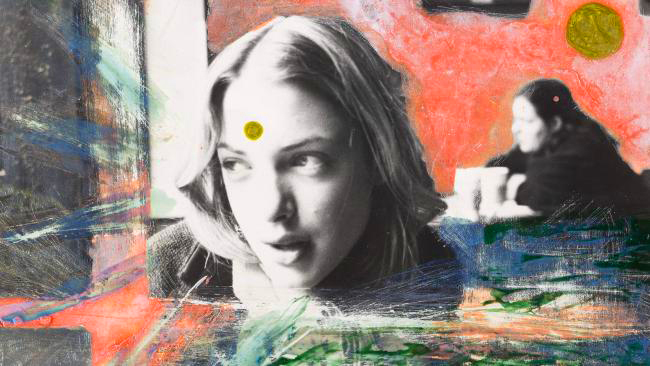 Victoria Laurie, Portraits of another Heath Ledger, The Australian, 6 January 2017

The view from behind a camera lens often held the same attraction for Heath Ledger as performing in front of it.

Some of the earliest images taken by Ledger, photo­grapher, depict a tousle-haired teenager crossing the Nullarbor in February 1997 during a road trip to ­Sydney with his childhood mate Trevor DiCarlo.

Predating the era of selfies on mobile phones, and Ledger’s own Academy Award-winning acting career, the images are of untrammelled freedom under bleached skies. Ledger would later revisit the images when — living on a film set in London or Italy — this adolescent era must have been a distant memory.

Much is written about the 19 films Ledger appeared in, including 10 Things I Hate About You, The Patriot, Monster’s Ball, Brokeback Mountain and the two films, The Dark Knight and The Imaginarium of Doctor Parnassus, ­released after he died, aged 28, of an accidental mix of prescription drugs in January 2008.

Little is written about Ledger’s passion for photography, his hundreds of photographs that form part of a mass of Ledger memorabilia now safely lodged in his home town, Perth.

Wherever he went, Ledger carried with him a camera from his large and always growing collection. He took self-portraits in the Skate Park at Venice Beach, Los Angeles, when he was shooting the surf and skate culture film Lords of Dogtown in mid-2004.

While filming The Sin Eater in Italy, he shot a series of black-and-white images of street scenes and glimpsed faces, like a man staring from under his hat. The abstract spaces in a laundromat in Baton Rouge, Louisiana, attracted his eye during the making of Monster’s Ball and were probably shot on a square format camera.

Before Instagram made such alterations easy, Ledger often would rework his images, adding layers of scratched lines or reworking parts with a red felt pen. Or he ­selected colour slides, like ones of a cafe window in London in 1998, and sent them to be printed in grainy and unnaturally high-­colour reproductions.

“He often used cross-processing, taking slide film and then processing it as a photograph,” says Allison Holland, a curator at the Western Australian Museum, where his collection is safely stored. “The colours end up more saturated or grey bordering on no colour.”

And Ledger was keen to share his artwork the old-fashioned way.

Whether in a hotel suite or at home, he would lay out his latest photographs on a coffee table for other people to peruse. Over time, his own contemplation would lead him to “curate” his ­images into a series of albums.

“He pasted them in a certain way, and his photo albums are on beautiful paper,” observes Holland. “He’s thought through the aesthetic of placing each image.”

One shot from 2000 in New York is of Ledger’s hand holding a cigarette. “It plays with surface and texture. Heath would scratch the photo emulsion on the surface and paint it with colours from a huge collection of nail polish that he always had with him.”

Early on, Holland vowed to follow Ledger’s curatorial lead as to which picture would be displayed or enlarged. “I looked for indications of what he selected himself, what he circled on the proof sheets. I’m intuiting his aesthetic because there’s so much material to edit.”

In October, the Western Australian Mus­eum and the Art Gallery of Western Australia will collaborate on Heath Ledger: Life in Pictures, an exhibition of his short but celebrated life. It will ­include the costumes, motorcycles, scrapbooks, film scripts and other paraphernalia that Ledger left behind.