You are here: Home » Articles filed under: 'News' » Article: 'Henry Ergas on trying to redefine museums'

September 20th, 2019 | Browse other: News. | Tagged with: delegates vote against change to definition of the nature and functions of a museum, ICOM defining a museum | 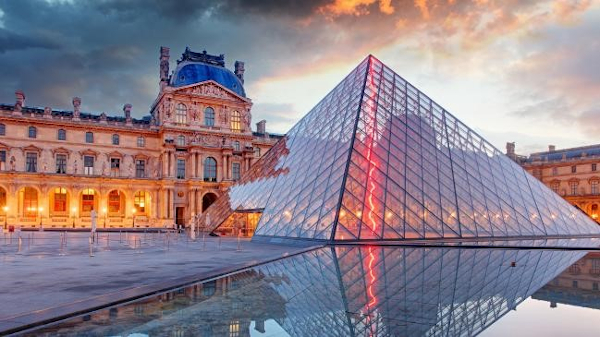 Henry Ergas, Trying to redefine museums: a disease of our times, The Australian, 13 September 2019

Last Saturday, at a packed conference in Kyoto of the International Council of Museums, delegates voted overwhelmingly against an ill-conceived proposed change to the internationally accepted definition of the nature and functions of a museum.

But while the change, which dripped with “wokeness”, was rejected, Australia’s taxpayer-funded museums were among its strongest supporters.

And, instead of resiling from the confused objectives the proposed definition specified, they seem determined to pursue their campaign, raising obvious questions of governance.

Now, one might have thought that defining a museum would not be especially difficult, much less intensely controversial.

Although formulated long ago, ICOM’s original approach — which defined a museum as a “permanent establishment, administered in the public interest, with a view to conserve, study and exhibit, for the pleasure and education of the public, objects of cultural value” — remains eminently sensible and could readily have been adapted to an online age.

But while that definition satisfied the museum administrators of the early post-war era, it was hardly acceptable to their politically correct heirs.

A revised effort, almost twice the length of its predecessor, was therefore adopted, deleting any mention of “cultural value” and adding — over the objections of many delegations that were concerned about ICOM’s creeping politicisation — that museums were “in the service of society and its development”.

Unfortunately, even those amendments did not calm the waters. As a result, a “high level” committee was established last year to examine the future of museums and devise yet another definition.

Chaired by Jette Sandahl, founding director of the Women’s Museum of Denmark, and including Margaret Anderson, the feminist historian who is the director of the Old Treasury Building museum in Melbourne, the committee did not mince its words.

Reflecting the “millennial Maoism” that has infected so many universities and cultural institutions, the committee’s report strongly denounced the “reticence with which museums stay away from societal conflicts” and their resulting “abnegation of societal responsibilities”.

Instead of doing what they had always done, it declared, museums should focus on the “core concerns” of “inequality and human rights, globalisation, migration (and) climate change”.

That required “denaturalising and decolonising” ICOM’s definition of what would be accepted as a museum by removing the “problematic 20th-century language of ‘humanity and its environment’,” avoiding the “naive singularity of the term ‘society’ ” and eschewing implicit or explicit support of “the so-called scientific revolution”.

Yes, the committee recognised, political judgments were involved; but it was “absurd” for museums to claim political neutrality.

Rather, abandoning “the binary hierarchies of Western rationalism”, they had to now act as “places for critical thought” that could help eradicate the “colonial legacies of power and wealth” and confront the “privilege” manifest in the fact many of those who frequent museums were “well-educated”.

The revised definition the committee developed, and which was put to the Kyoto conference, delivered all that and more.

At four times the length of ICOM’s initial text, it defined museums as “democratising, inclusive and polyphonic spaces for critical dialogue about the pasts and the futures”.

As for their goal, it should be to “guarantee equal rights and equal access to heritage for all people” by “safeguarding diverse memories” for “diverse communities”.

Completely lost in this torrent of verbiage was any sense of the origin and purpose of the institutions ICOM was designed to serve. It is, after all, no coincidence museums were one of the many fruits of the European Enlightenment.

From the opening of the British Museum in 1758 and of the Louvre in 1793, and even more so after the great wave of museum founding in the 19th century, they freed artists from being entirely reliant on private patrons.

They allowed the public to view magnificent works that would otherwise have been cloistered in palaces, mansions and stately homes, and they helped forge new standards of taste and artistic appreciation.

Fundamentally, they moved art into the public sphere, and by selecting, preserving and displaying masterpieces they defined the Western canon as a story that interleaved tradition and innovation, showing how great artists had drawn sustenance from their teachers while never fearing to break radically new ground.

Moreover, the greater the degree to which the new institutions successfully asserted, in the name of the autonomy of culture, their independence from political power, the greater was the space they opened for artistic liberty and for the pursuit of excellence.

The art museum was, in that sense, both unashamedly elitist and inherently democratic.

Elitist, because it rejected the facile pretence that every work and every tradition is as worthy as every other, and yet democratic because it made art’s finest achievements available to all.

It is that notion of excellence, and its enduring cultural value, that the definition ICOM proposed deliberately jettisoned.

And, to make matters worse, by inviting museums to enter politics the proposal would have given the tyrants and demagogues who want to suppress artistic liberty every excuse to do so.

If ICOM itself says that art and its display are a form of politics, why shouldn’t governments such as China’s decide which artists paint in freedom and which languish in jail, what can be displayed and what cannot?

All that proved utterly unacceptable to France’s leading museums, with eminent directors and cultural commentators deriding ICOM’s recommendation as ignorant, incoherent and dangerous. Mounting a far-reaching diplomatic campaign, they managed to stymie its approval, despite a vigorous counteroffensive by museums from Australia, Scandinavia and the US.

But defeat hasn’t dampened the resolve of the proposal’s Australian supporters, who not only appear poised to fight another round internationally but also to adopt the approach ICOM set out domestically — no doubt at taxpayers’ expense.

It would be easy to dismiss that as just another symptom of what Thomas Mann called a zeitkrankheit — a disease of the times. It would be tempting to leave our museums, as they pursue a cure in search of an ailment, to descend into the morass of irrelevance.

But museums are not mere luxuries and, regardless of what their directors may believe, taxpayers do not fund museums to allow those who run them to assuage their guilt about the imagined crimes of the West or to indulge their fantasies about rescuing planet Earth.

Rather, as the success of so many exhibitions shows, they retain their role as the portal through which millions of Australians connect to our cultural inheritance and experience both the beauty of timeless works of genius and “the shock of the new”.

Australia’s museums must, in other words, be saved from themselves. If their boards can’t do that, it’s high time the government did.