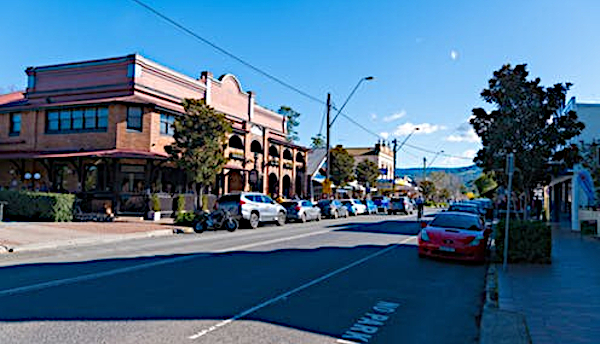 Berry, and other tourist towns, are out of step with modern museum curation which is trying to include Aboriginal communities and their stories. Shutterstock.

You leave Sydney and head for holidays on the South Coast. You plan to catch a quick surf, check out the boutiques and cafes, stroll around a local museum.

If you’re stopping in Berry you’ll notice a large steel sculpture in honour of two brothers, Alexander and David Berry. And in the main street you will encounter a bronze bust of Alexander, celebrating his determination to “replace bush and swamp”. The local hospital and a monument near the railway station recognise David. Old two-storey buildings along the main street, big trees and established gardens all add up to a picture of genteel pastoral history.

This polite scene ruptures if we know that Alexander Berry collected and traded in the bones of Aboriginal people, including those he had exhumed from their graves on his vast estate, Coolangatta.

Cultural institutions in our capital cities have begun to pay greater respect to Aboriginal and Torres Strait Islander communities. The Australian Museum in Sydney states “The First Nations collections belong to ancestors, to First Nations people of the present and to the young people of the future”. Melbourne Museum is “working to place First Peoples living cultures and histories at the core of our practice”.

But away from the cities and – despite the good intentions of many staff members – small museums lag behind, presenting tourists with stories that give a narrowed view of local histories. 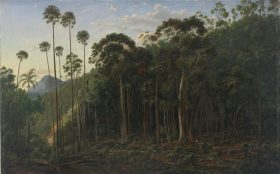 In a regional town museum you will probably encounter some version of the pioneer or settler story. This narrative is illustrated with the many farm tools, pieces of mining equipment, clothes, books, furniture and other domestic and civic artefacts donated by locals over the years.

In this version of history, pioneers move across the land, unencumbered by prior Aboriginal occupants, making it productive as they go. Small museums seem to get stuck in this white pioneer groove.

Historian Amanda Nettelbeck observes that Aboriginal and non-Aboriginal histories are often presented as two separate sides of colonial history, rather than as an obviously connected relationship between British settlement and Aboriginal dispossession. 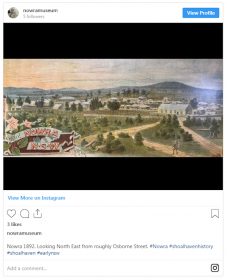 In the museums of Berry, Kangaroo Valley and Nowra, three towns central to the NSW South Coast tourism economy, the idea of a frontier (that space of conflict over land, resources, rights and sovereignty) is avoided. But how is this achieved, when the pioneer story depends on the frontier for its existence?

Looking at these three museums reveals artefacts of Aboriginal provenance are presented in ways that cast them as either relics of a distant past, symbols of a generic Aboriginality or curiosities with no political context. They celebrate the pioneer without acknowledging the founding dispossession of local Yuin people. Frontiers are messy; pioneers clean things up. And museums keep the story simple, neat and tidy.

Too hot to handle

This is not to say the dedicated volunteers who run these museums come down on one side of the “History Wars”. The staff who care for their collections are often keen to address their lack of information on specific Yuin histories.

In 2017, Nowra Museum hosted the travelling exhibition This is where they travelled, which accompanied Paul Irish’s book Hidden in Plain View: the Aboriginal people of coastal Sydney. In the same year, the Berry Museum hosted the Yuin anthropologist, the late Les Bursill, who delivered a lecture on Yuin history of the South Coast. Kangaroo Valley Pioneer Village committee members responded to a draft of this essay, saying they would renew signage in the museum and were keen to pursue new research on local Aboriginal histories.

Despite this, the overwhelming story remains that of white settlers’ hard work and perseverance. And although part of the reason for the static nature of museum stories is lack of funds and a reliance on the time and energy of volunteers, the narrative’s repetitive nature – and its general wear and tear – may also be due to its omissions. Bruce Pascoe reframes the perception of Australian history as boring, by drawing our attention to what’s left out: “Australian history isn’t boring, it’s just too hot to handle.”

The blinkered storyline of small museums is a symptom of what US scholar Mark Rifkin calls “settler common sense”. Settler common sense describes the feeling of “taken-for-granted” possession of, and belonging to, a place which has been taken from someone else.

Settler common sense exists as “a given”: we (as a white person, I include myself) have the unquestionable right to possess that which doesn’t belong to us. It normalises settler possession of, and control over, land and the stories about that land. The pioneer or settler narrative relies on that assumption: white rights to non-white land, and white rights to the telling of history.