You are here: Home » Articles filed under: 'News' » Article: 'History of Indigenous Service' 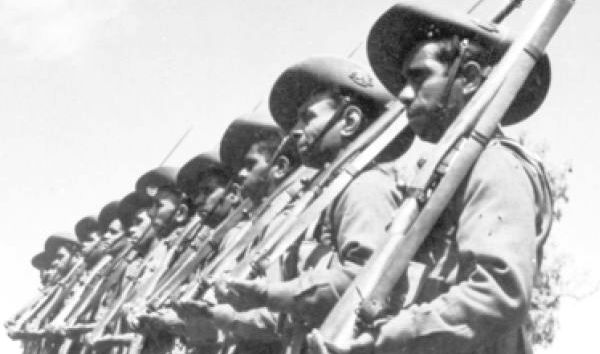 The history of Aboriginal and Torres Strait Islander people’s service in the Defence Force includes details about soldiers who volunteered at Wangaratta during WWII in 1940. Source: Australian War Memorial.

The Australian War Memorial (AWM) has published an online history of Aboriginal and Torres Strait Islander people’s service in Australia’s Defence Force, but says this does not signify a step towards commemoration of the Frontier Wars. 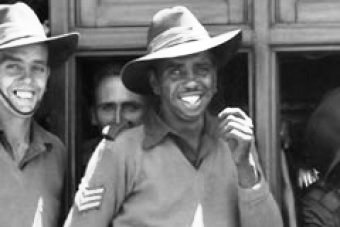 The memorial said the history, written by Chris Clark, was one way it was demonstrating its “commitment to commemorating the service of Aboriginal and Torres Strait Islander peoples”.

The AWM has previously been criticised for refusing to commemorate the fighting that occurred while Australia’s Indigenous population was dispossessed of land by Europeans, often referred to as the Frontier Wars.

In recent years, Indigenous people have marched behind Anzac Day parades around Australia to call for recognition of those who died in the Frontier Wars.

Dr Clark’s history mentioned the wars several times but the AWM said that did not mean it was moving towards commemorating them.

“The Australian War Memorial’s position has not changed from what the director has said previously,” a spokesman said.

“The Frontier Wars should be acknowledged, but the appropriate cultural institution to represent them should be the National Museum of Australia.”