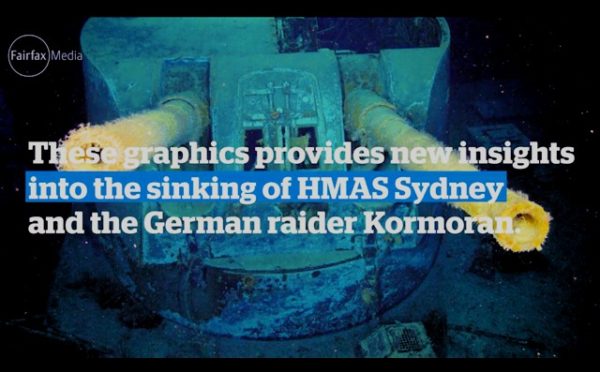 Ray Sparvell, WA supercomputer to provide new insights into the sinking of HMAS Sydney, WAtoday.com.au, 18 May 2016

A WA supercomputer is set to provide new insights into the sinking of HMAS Sydney and German raider Kormoran off the WA coast during World War II.

It is expected the Kensington-based supercomputer will provide these insights in a matter of months – a process which would take a standard computer a 100 years to complete.

The complex task of processing more than 50 terabytes of image and video data, taken during a deep sea expedition to investigate the historic shipwrecks, has been handed to the most powerful public research computer in the southern hemisphere.

Culture and arts minister John Day said the project, which is being led by the Western Australian Museum and Curtin University, had partnered with the Pawsey Supercomputing Centre in Kensington to manage the huge volumes of data.

Read more and to view video