June 4th, 2020 | Browse other: News. | Tagged with: new Chair of the Board of Old Parliament House, The Hon Nick Minchin AO | 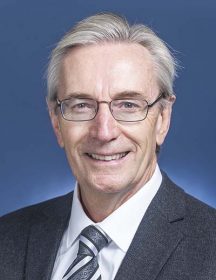 The Government is pleased to announce that the Hon Nick Minchin AO has been appointed as the Chair of the Board of Old Parliament House (OPH), operating as the Museum of Australian Democracy, for a three-year term.

Mr Minchin served as a Senator for South Australia from his election in 1993 until 2011. During that time he served as Parliamentary Secretary to the Prime Minister, Special Minister of State, Minister for Industry Science and Resources, and Minister for Finance as well as leading the Government in the Senate between 2006 and 2007.

Mr Minchin was the Minister responsible for running the 1998 Constitutional Convention held at Old Parliament House.

Before entering parliament, Mr Minchin held a variety of volunteer and professional roles within the Liberal Party, including Director of the Liberal Party of South Australia from 1985 until 1993 where he directed numerous state and federal campaigns.

Following his retirement from the Parliament, Mr Minchin was appointed as the Australian Consul-General in New York.

“Mr Minchin brings a unique understanding of the role of volunteers, political parties, professionals and parliamentarians in our democracy,” said Assistant Minister Morton.

“Mr Minchin’s decorated career inside, and outside, the Parliament will see him provide strong leadership to the OPH Board as it continues to tell the story of Australia’s democracy and its heritage and inspires Australians to play a more active part in it.”

Ms Gai Brodtmann has also been appointed as a Member of the OPH Board for a three-year term commencing on 29 May 2020.

Ms Brodtmann was elected as the Labor Member for Canberra in 2010 and remained in Parliament until 2019. She was the Shadow Assistant Minister for Cyber Security and Defence between 2016 and 2019.

“Ms Brodtmann’s work in the parliament, particularly her contribution on the Joint Standing Committee on the National Capital and External Territories (JSCNCET) over many years will be of great benefit to the OPH Board,” said Assistant Minister Morton.

“In the last parliament as Chair of the JSCNCET’s inquiry into national institutions, I personally worked closely with Ms Brodtmann as Deputy Chair. That 2019 report was adopted unanimously by the cross-party committee and I look forward to working with Ms Brodtmann in implementing the recommendations of that report as they pertain to OPH and the Museum of Australian Democracy (MoAD).

“The Government would like to thank Mr Bernard Wright AO for his stewardship and guidance for the OPH Board as Acting Chair since December 2019.”

Now that the Board arrangements have been settled Assistant Minister Morton will provide an updated Statement of Expectations to the Board in the coming weeks.